I see this question a lot: Ever since Twitter web interface stopped showing an app each Tweet was sent from.

The good news is, Twitter still reveals this info through API, so there are apps that do that:

One of the most useful Google Spreadsheet addons out there, Twitter Archiver is freemium (You’ll have to delete old searches you track before adding new ones.)

Twitter Archiver lets you import, archive and monitor any Twitter search results. You can import tweets by any user, or addressing any user, containing any hashtags, etc. 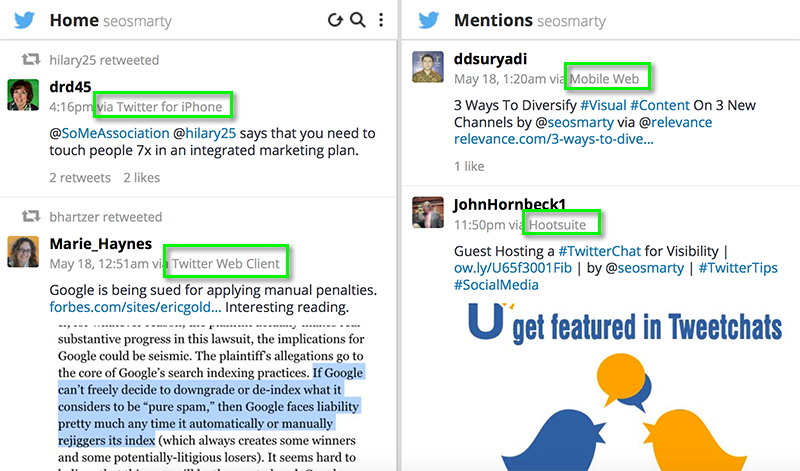 Hootsuite is one of those multi-purpose apps that have something for anyone, including tracking the app use. Just set up a column (or several columns) to monitor your competitors and you’ll see which apps they are using to tweet and schedule tweets. 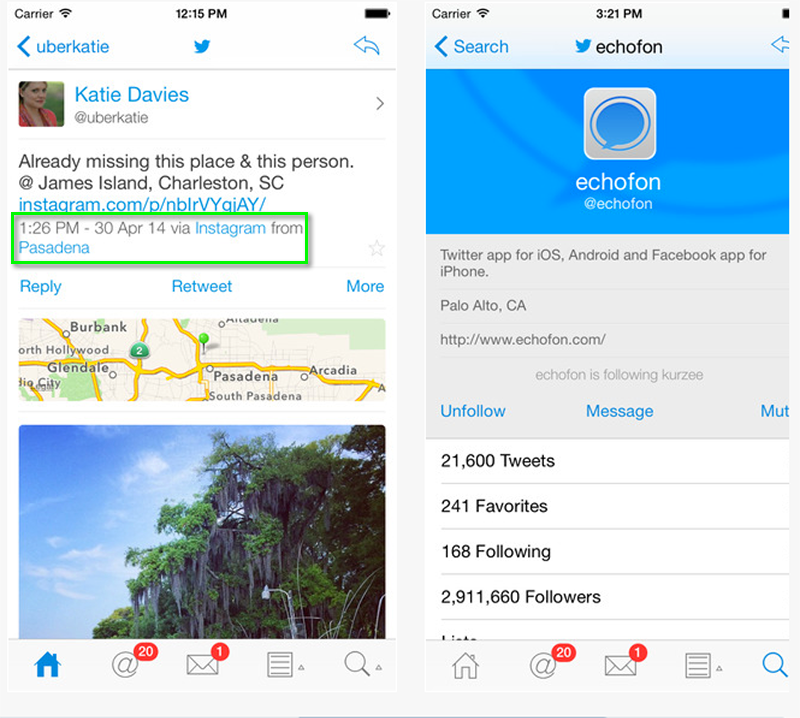 Echofon is a free iOS and Android app that has a very robust Twitter functionality including push notifications and inline photo previews. Each tweet is accompanied by the details where it originated from.

Which apps are you using to find where an update was tweeted from? Please share your ideas!