Visual tweets attract more clicks and shares. Despite various levels of skepticism (many people were claiming visual tweets to be annoying), visual tweets are getting more and more adopted.

TwitShot.com is a cool app that extracts an image from the given page and creates an instant visual tweet. If you don’t use Google Chrome or a Mac (whaaat??), you can still use the web-based app. 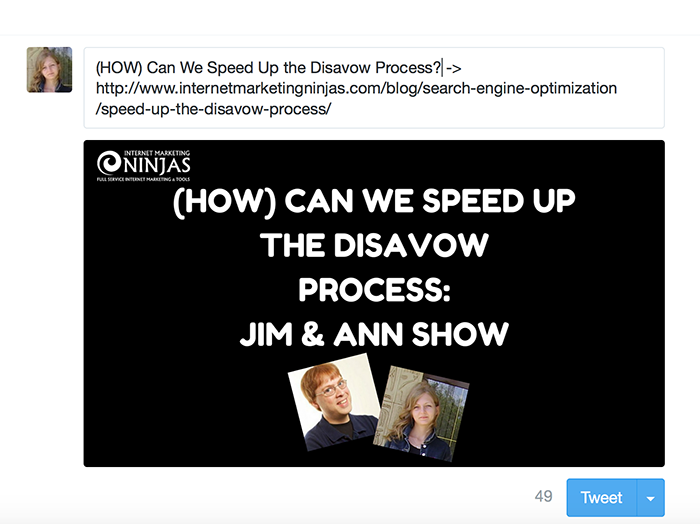 Be careful with the web based version: It didn’t give me any status update that my tweet went live, so I tweeted the same URL+image three times:

Here’s one of them:

(HOW) Can We Speed Up the Disavow Process? -> http://t.co/3RSfNnEM7F pic.twitter.com/OHzul5Qck8

Record.it is a free Mac and Windows application that lets you record screencasts and instantly turn them into animated gif pictures that can be instantly tweeted.

The Windows version doesn’t have Twitter support yet (it seems but I have tested it on Mac) but they say it’s coming soon.

Here’s a tweet I created on how to apply to Internet Marketing Ninjas free competitor analysis (Took me 1 minute to create):

Request your FREE competitor analysis over at @NinjasMarketing -> http://t.co/UAeQ6hzUi7 pic.twitter.com/J2jLvFbZbT

I’ve tested a lot of animated GIF creators and this one seems to provide the highest quality of animation.

Buffer Pablo is the quickest way to create tweetable visual quotes. If you sign in to Buffer, you’ll be able to share the visual quote to Facebook too. 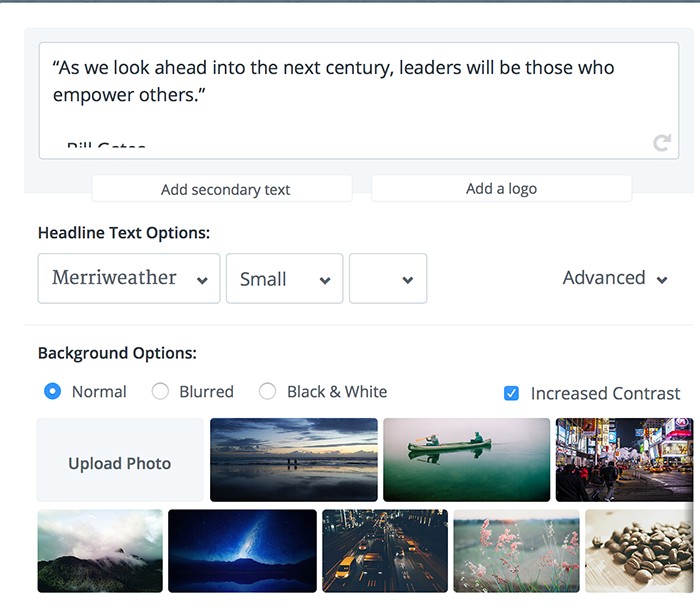 There are other ways to tweet quotes: Buffer is the newest one. The other options include Chisel and Canva.

Which tools are you using to create visual tweets? Share them in the comments!