HOW TO: Let Your Readers Share Your Images on Mouseover 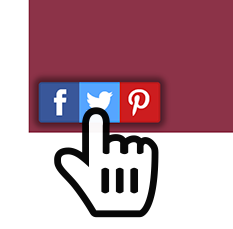 Plus, images open up more social media channels for you, like Pinterest, which can be a great traffic driver, especially in some industries. Visual strategy has become one of the most essential and fundamental elements of social media marketing.

Keeping that in mind, it may be a smart idea to enable your on-page image sharing on mouseover:

Website owners don’t have a huge variety of options for image hover-over sharing but here are a few things to try: 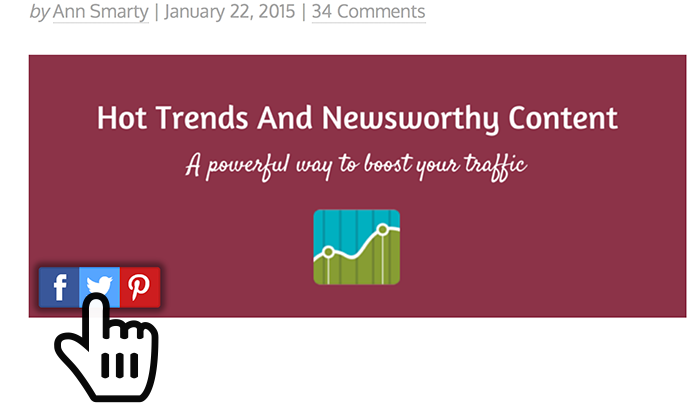 Install it from here

You can play with the plugin here (hover-over the top image). The best thing is that the resulting Tweet is visual (The plugin actually uploads it to Twitter)

You can control where you want your buttons to be aligned inside the image and which message they should create as the social media update.

Note: There’s also a WordPress plugin that adds mouseover sharing buttons but the huge difference is that it creates regular (non-visual) update. You can play with the plugin here. 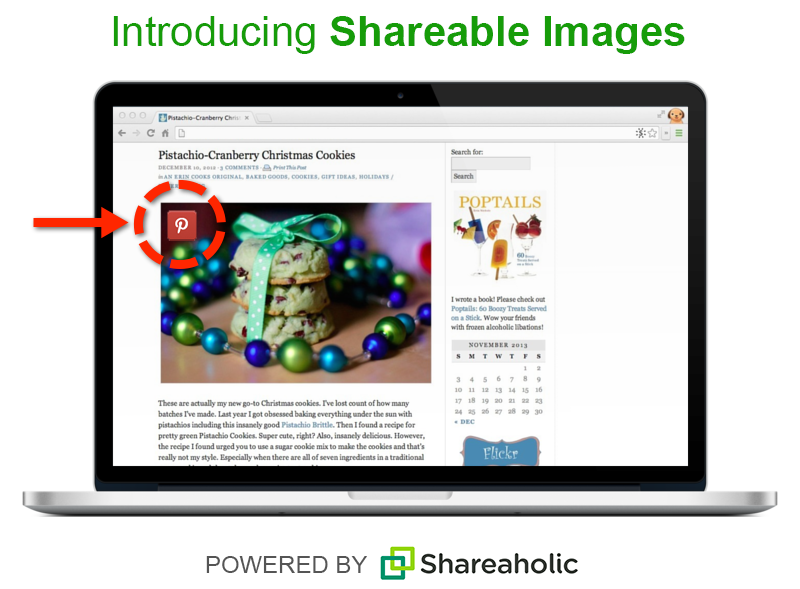 Install the plugin from here.

Shareaholic plugin is probably the easiest way to enable Pinterest sharing on mouseover. Plus, it doesn’t slow a page a bit. And it’s totally free.

You can play with the plugin here (hover-over the top image).

Here’s a tutorial on how to enable their Shareable Images feature.

Note: If you install the plugin, make sure to opt out from the ads: While I love the plugin, I think it’s somewhat sneaky showing paid ads in “Related posts” section until you opt out. 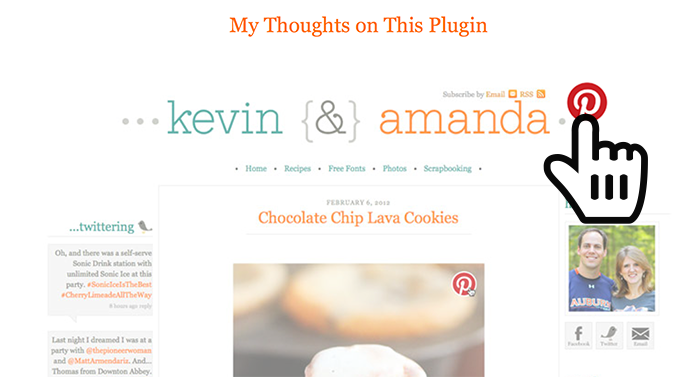 As the name suggests, this plugin adds a mouseover “Pin It” button to ALL your images.

You can play with the plugin here and download it here.

Note: There are some reports saying this plugin breaks your image alignment. But it does work for many, so it’s worth a test.

To achieve the same functionality but without the plugin (which appears buggy to some people), go ahead and use Pinterest official code.

Note the differences between the two:

If you are building your own Pinterest buttons, here’s a nice collection of free icon sets.

Spruce is Twitter-friendly visual quoting tool I discovered recently. What makes it stand out from the crowd of other online image editing tools is that it creates images in the perfect Twitter dimensions!

Also, if you come across sites that don’t offer mouseover image sharing functionality, here are tools for you, the sharer: