Am I Being Blocked from Twitter *Search*? (Weekly Q&A) 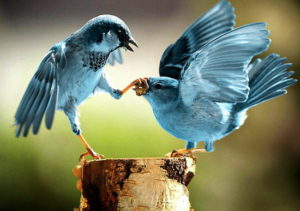 I see it almost weekly: A person is trying to tweet to a hashtag; yet his/ her tweets are not visible in search results?

Once in awhile, a legitimate account will end up being thrown onto a black list. This leads to a Twitter search block, usually while they investigate your account activity to verify its authenticity.
How do you know if you are one of the people affected? It isn’t always easy, and you can go weeks or even months without realizing that your updates and hashtags aren’t making it into the mainstream search results (while being received by your followers).

If your posts show up, then you are fine. If they don’t, your tweets have been blocked from their results.

Why Would I Be Blocked?

As was said above, Twitter might assume you are a spam account. But they don’t immediately suspend or revoke suspected spammers.. Instead, they take the time to watch they for potential evidence that could get you blocked for good, or proof that you are not a spam profile and put back on full feature use.

Some things that may have led to this assumption are:

How Can I Fix This?

You should contact Twitter through their customer support page to address the problem. They reply within 1-2 days, and while their replies are usually quite short and templated, contacting them might be enough to clear it up.

All of this will usually sort itself out over time. Your tweets should still be visible by followers in the meantime from your profile, even if they don’t come up in their feeds. If it isn’t, or if people not on your follow list cannot see your posts, go to Settings>Tweet Privacy, and make sure it has been unchecked. If it is checked it will hide your recent tweets.