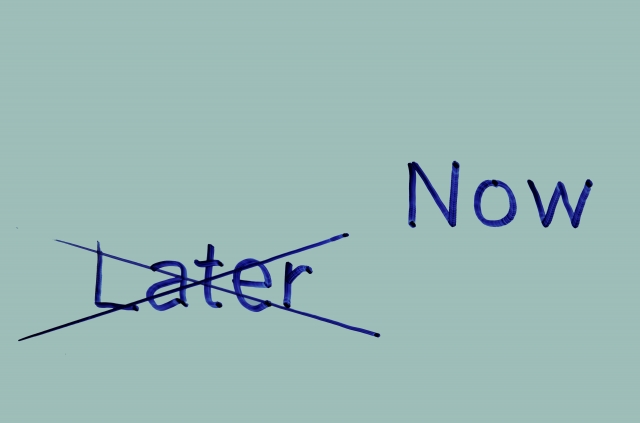 This autumn has introduced us to the new social media platforms – Ello and Tsu – both predicted to be Facebook killers (which we are all understandably skeptical about).

But the dubious potential to kill Facebook isn’t really why both startups spur my interest: They both bring something new to the table, something that can change the social media world as we know it:

With interesting concepts ahead of us, can we really miss that opportunity to join either or both? With that question I went to some of social media power users asking why they would want to become social media early adopters (even though they are already quite busy). Here are some of the most enlightening opinions:

Being ahead of your competition

Being first means being put in the spotlight: It’s easier to build your network when you represent the well-established and well-recognized minority.

Many have told me that it’s better to wait until the bugs are ironed out. In my experience dealing with the bugs and new features puts me one step ahead of my competitors… (~Steve Counsell)

David Leonhardt has a personal story to tell:

I was not early in to Google Plus, and I worked hard to “catch up”.  While other people could spread their message by clicking a button, few people saw anything I posted.

On Tsu, I am determined to be one of the early adopters and build a strong family tree with a deep network.  I know that as each person I invite will invite new people, and that it will all be to my benefit…

When a network is new, people are more willing to connect because everyone is there exactly to find new friends (plus spam has not spoiled the game yet).

…the number one reason to jump on new social networks is the relationship building.  The bleeding edge people that I met on Twitter in early 2007 have been instrumental in my business career.  Living in Kansas City, Mo doesn’t lend itself to knowing a lot of tech influencers, venture capitalists, authors, journalists, marketing and advertising experts. However, getting on Twitter and building relationships with these people has been HUGE. Same thing with Google+, only serious tech geeks and interwebians are on Google+, so it’s a great place to connect and meet influential people.

Early adopters of social networks are able to be seen by new users first. Say I am an early adopter of Twitter, the 10th user created account. The 9 other users are going to follow you because, well frankly, there isn’t anyone else there to follow. Then you put some effort into the social network by consistently posting good content and interacting with other users.

Any new users are going to see that you are followed by all the other users, see you care about your presence on the network, and follow you as well. By the time Twitter has its first million users, you are followed by a good 50000, all because you were an early adopter.

Being involved with the development process

Mainly, I love being able to check out the new features and give suggestions to the developers. I get excited about the functionality and possibilities of each new thing.

Angela Alcorn has a great point here: Being part of a new product (closed) beta-testing means you will be heavily involved with feature suggestions and development.

One of the big benefits of being an early adopter is getting to be part of the development of a product or service. Especially in the early stages, creators and developers use your feedback to shape the product and it feels good to know that you have played a small part in the creative process. In addition to this, as a writer in this space, being an early adopter lets me introduce the product to others and gives me a feel for the types of products being developed in different areas.

Other than being fun, this has a great educational value: Seeing TSU ups and downs, for example, has given me lots of insight into how this model can be abused and how the abuse can still be handled. As an entrepreneur who is often involved with launching community-based projects, being able to watch TSU struggles and workarounds gives me lots of community management knowledge.

Getting better at social media marketing

I knew that when I graduated college, I wanted to work in Internet marketing; specifically in social media. Instead of waiting (and hoping) that I would learn enough about Twitter marketing through an internship or my first job out of school, I taught myself. I got involved with the network from the beginning and tried new things. Some were successful, while others fell flat.

However, by being an early adopter, I was able to learn what worked and what didn’t. It benefited me in that by the time Twitter really went mainstream, I was very well-versed on it, and that helped me immensely in my job search coming out of college.

I know that I often do out of curiosity. I have watched the Internet grow and change since the days of the VIC Commodore and I often wonder where it will go… (~Wilfred Hatch)

Jeevan Jacob John is summing up that very well:

Do you join new social media networks? Why or why not?