So what’s the difference? What happens when?

To make it even more difficult, things are called a bit differently on various social media networks.

You can share your friend’s (or any public) update on Facebook and Google Plus, retweet it on Twitter (proper-Twitter-retweet; don’t confuse it with DIY RT retweet that works like a regular tweet) and re-pin it on Pinterest. In all the cases, your update will be shared with your followers and friends via their news streams. With Twitter, your followers will see it as coming from the original Twitter poster (that’s something many people fail to understand).

To make the long story short, here’s an infographic explaining the difference: 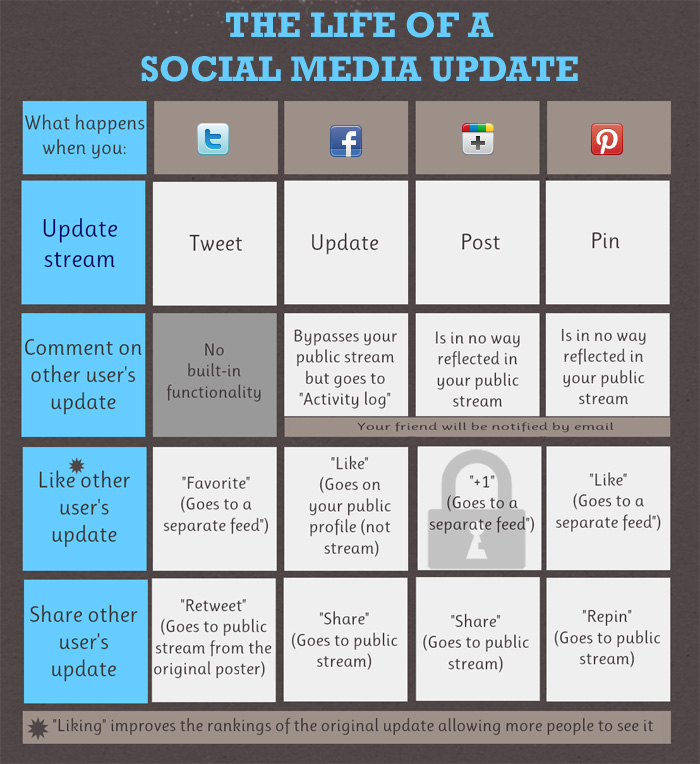 Digging Deeper: Who Sees What

So we have already figured what gets posted to your public stream (updates and shares), what gets to a separate feed (favorites and likes) and what remains between you and the poster (comments). Now, who actually sees your stream?

Here’s another graph that would probably make things harder, but there’s no easy way to describe where your social media update could travel: