Welcome to Jim & Ann show and today we are talking about Google Plus!

Is it being killed? Is it going to stay? What’s the future of Google Plus? Are you worried?

So is Google Plus going away?

Hopefully not, because in some industries it provides a strong platform for people to connect and curate content.

It’s not clear if it’s still growing though because Google stopped actively promoting it through its other platforms: It’s no longer required to comment on Youtube, it’s been removed from brand knowledge graph in search results… Google Plus Authorship project has been dropped as well.

But it doesn’t look like Google Plus is being discontinued. It just recently added a new feature called “Collections“: They wouldn’t invest into launching new features if they were going to close it.

There are other cool featured that would make us miss Google Plus if it were to go away. Google Plus communities are pretty awesome!

Google Plus /Explore section is awesome for content and trend research. Give it any #hashtag and it will show you related hashtags. You can also analyze your brand hashtag and which topics tend to go next to your name in Google Plus discussions: 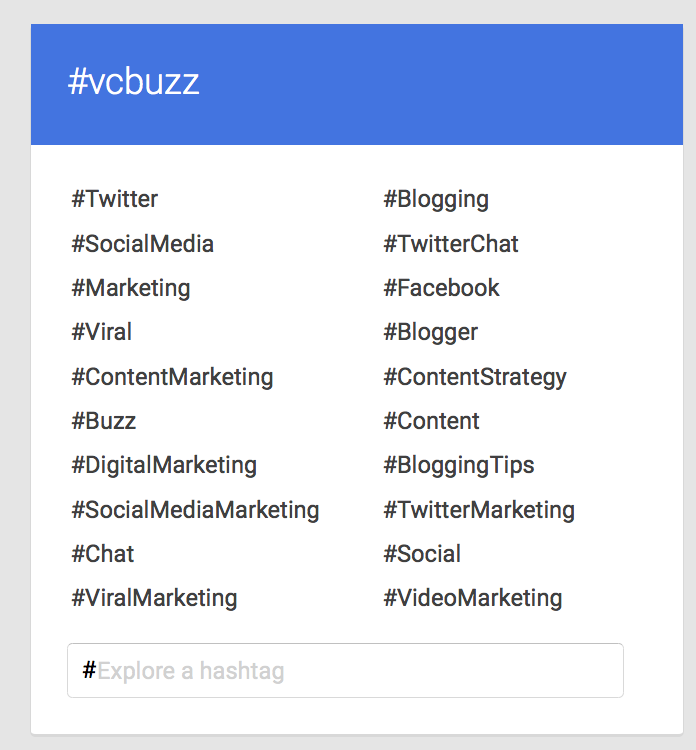 Google Authorship was Google’s project that put Google Plus in the spotlight. It allowed authors to get more exposure in search results by showing their Google Plus profile picture next to the articles they wrote.

Google discontinued that experiment last year but it doesn’t mean Google gave up on identifying authors and using author reputation to better understand the quality of content.

By knowing trusted authors and where they contribute Google can apply those signals as “trust” factors towards the whole domains.

Authors that get cited most and get mentioned on social media can become authority “hubs”. For example, if a trusted author cites a new author, that new author becomes more trusted too.

If a writer authored hundreds of articles and each of them attracted citations, that must be a high-quality writer.

If a writer authored hundreds of articles and most of them attracted no citations, that must be a lower-quality writer.

Those signals are actually not hard to measure: All you need is to know how many documents and authors cite a particular writer.

But it never happened…

So why was Google Authorship discontinued?

People that used Google Plus were in minority. Google Authorship wasn’t adopted by trusted college professors, experienced journalists. All those real experts were left behind. So Google discontinued that because the results were skewed to those people who were using Google Plus and the biggest names were not included into the algorithm.

Another reason is that the earliest adopters were SEOs who were trying to manipulate or overuse the feature, so Google stopping the experiment was its way to get SEOs lose interest in author score as a possible search signal.

Google didn’t want SEOs to mess up with the algorithm and skew their results.

Google chose to figure out authorship without people having to use any code or any particular code.

Google is looking at “keys”: Names on the page that could be the document authors. They are mapping the web using those names, links to their social profiles, number of social media citations they got (retweets, replies, etc) and backlinks their articles attracted.

So is it still worth investing your time in Google Plus?

Is it still worth investing your time in Google Plus?Click To Tweet

In many industries (e.g. technology, traveling, business, marketing), it’s definitely worth investing your time in building up your Google Plus account.

It is a valuable connection and reputation building platform. Google Plus, like any other platform can bring in valuable business relationships, citations, traffic, brand exposure etc.

Does Google Plus actually affect rankings?

It’s hard to tell (and it was several times confirmed by Google reps that Google algorithm was not using plusses as signals) but it definitely has some indirect values:

How do you build up good community on Google Plus?

How do you build up good community on Google Plus?Click To Tweet

Like on any other social media platform: You find people to connect to and you interact with them. You participate in the communities, take part in discussions, post comments, promote other users’ updates, etc. You find the ways to collaborate with people and build those relationships further.

One of my most effective hacks was writing articles that mentions lots of tools and then sharing that article on Google Plus tagging the companies and their CEOs so that they received email notifications of that update.

Those people usually come to like my article, add me to friends, comment, etc. Many of those update result in backlinks from the company official blogs.

Watch the whole video here: Google Plus: The Feature @ Jim and Ann Show