Facebook is one of the primary social media sites that is recommended by experts for those looking to create social ads. Given the ease of using the actual system, that isn’t a surprise; Not to mention the fact that it is the largest social network on the web, with the widest reach and perhaps the most invasive policies regarding selling user data – all of which are a win for those looking to exploit a market based entirely off of social interaction.

What they don’t always tell you is that the actual policies and practices behind Facebook ads are more complex that the use of the system itself shows. Here are some things you need to know about Facebook ads.

If You Don’t Promote, You Are Invisible

The hard truth about Facebook marketing: If you don’t pay, you are invisible.

The organic reach of brands on Facebook has been decreasing dramatically:

…just as Google has reworked its search algorithm over the years to the chagrin of SEO marketers, Facebook’s maneuvers are now making publishers rethink their Newsfeed strategies 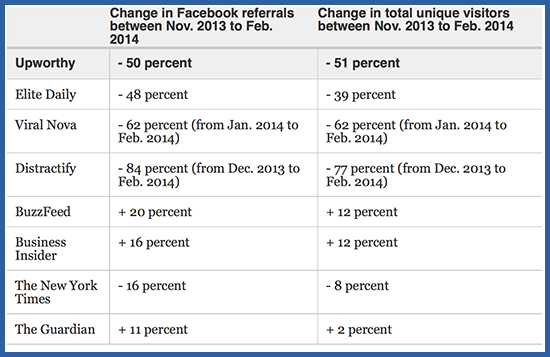 ***However your job doesn’t stop at paying for ads. What makes ads and new user acquisition efficient is your page interactions with new users. Commit to liking and replying to your user comments any time you do a promoted story, for example. This way you increase your chances for higher organic visibility in these users’ Newsfeeds.

They Take The Money When They Want To

One of the most confusing elements of the Facebook ad system has to be their billing procedures. You would think that they would take the money out of your attached account at the same time, all the time. Maybe once a week, or once a month, or even once a day if you are setting a daily amount.

But it appears to be weirdly complicated and sometimes entirely random, and sometimes they withdraw the money the day of the ad revenue in whatever amount they used from your budget, sometimes they wait for days or weeks. This could be a glitch, though it is most likely some arbitrary requirement they have come up with that goes based on used amount/ads created/ads viewed/clicks/etc. Either way, you have zero control over it.

Users don’t have that many rules they have to follow. Why? Because they are making Facebook a ton of money by their very existence. Ever heard the adage that if something is free, you are probably the one being sold? That described every social media site ever, but Facebook has perfected it. You, on the other hand, are not a user. You are a business.

Though Mark Zuckerburg has not made his ambitions to turn FB into a business platform, that applies to giant corporations. The site isn’t that friendly towards the little guys, whatever they claim to the contrary. Yes, the benefits of using it to reach an audience counters that fact very well. But it doesn’t change the ten million and one rules you will have to follow to keep your page up. Make sure you read the terms and services very well.

Here are some essential rules explained to start with: 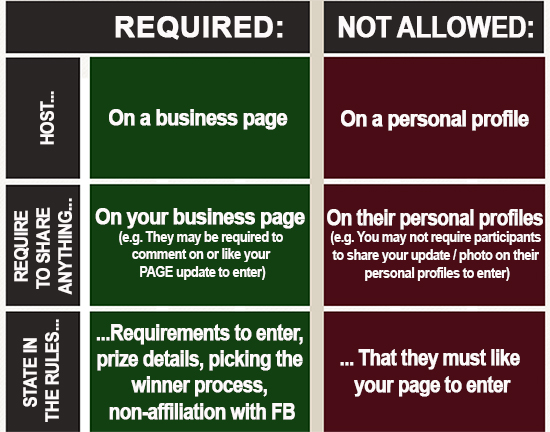 Facebook provides a good tool for reaching an audience. Just take care to toe the line, or you could end up with problems.