Rel=”Nofollow”: Summing up What We Know

Yes, rel=”nofollow” is old news but that doesn’t mean it has stopped causing constant confusion. And no wonder!

I can’t believe the official Google’s page sounds so misleading:

In general, we don’t follow them. This means that Google does not transfer PageRank or anchor text across these links. Essentially, using nofollow causes us to drop the target links from our overall graph of the web

[So this sounds much like they seem to be saying: “Our search bot may go to that nofollowed page but no link juice / anchor text will be passed”]

However if you keep reading, they seem to be saying that Google won’t even find the page unless there are non-nofollow links to it:

However, the target pages may still appear in our index if other sites link to them without using nofollow, or if the URLs are submitted to Google in a Sitemap.

Ok, this is not exactly true…

Let’s sum up what we know and think we know about nofollow attribute:

No matter how misleading the official page sounds, numerous tests have proven that nofollow links are used for discovery (Google finds and crawls the page that has only one nofollow link)

A couple of tests also showed that nofollow links may be affecting rankings as well, but I’ve never been able to go that far in my own experiments.

Official: Google Leaks PageRank While not Rewarding it

With the introduction of nofollow as the way to link while not passing link juice, SEOs quickly understood they could use it to their advantage. Now they had the way to control how link juice flows within the site.

Google’s response came in 2009 when Matt said using internal nofollow is basically useless because they leak PageRank anyway. The vague explanation was “With or without nofollow, Google is smart enough to understand which link should leak link juice” (e.g. it should be smart enough not to “leak” link juice through nofollow comment links while still leaking it to nofollowed “About us” page).

Even with such a vague explanation many people were happy with the change: No more insane “PageRank” sculpting guides and howtos. Internal nofollow is now officially useless.

**Note how Google Plus is using nofollow attribute for sculpting internal citation flow.

Even if you leave your Google Plus link nofollow, Google will be able to go and grab your photo and circles to verify your authorship.

And Google is obviously OK with following your nofollow links in “Contributor to” section. 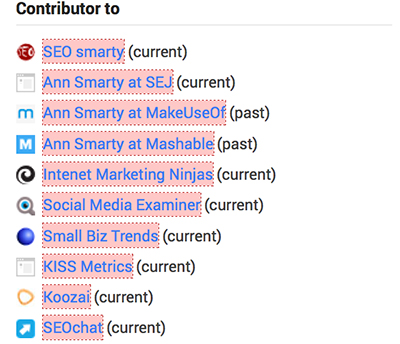 So… What’s the Best Way to Use Nofollow? Should I Use it At All?

It’s basically up to you. Officially Google recommends using nofollow attribute for one of the below cases:

**Note, Google’s official nofollow guidelines don’t mention nofollowing links if you decide to link to your other article or blog or other insane cases that keep being discussed around the web.

Should I Disavow rel=”Nofollow” Links

I can’t believe how often I hear that question..

While Matt Cutts vaguely mentions that nofollow links may cause manual penalty and nofollow links appeared as samples of “bad links” in GWT, disavowing nofollow links simply doesn’t make sense, as Disavow simply tells Google to nofollow them, so that would be double nofollow 🙂

I hope this clears some confusion!