Tricks to Get Your Social Media Life RSSed

With such a huge flow of information our contacts exchange on social media every second, how to keep up properly? Creating and aggregating RSS feeds must be an answer.

If you find yourself in need to get your social media life RSSed, here are five ways you can do it on the three most popular sites on the web.

Since its birth, Google Plus has encouraged quite a few user-created tools to better exploit what features it has. This includes the ability to create a profile-based RSS feeds.

Tip! You can create RSS feed for all your business pages for example, to monitor your team’s social media more efficiently).

This one requires Google authentication. Immediately after authenticating you’ll be able to access your personal profile RSS feed. You can create more but you will need: 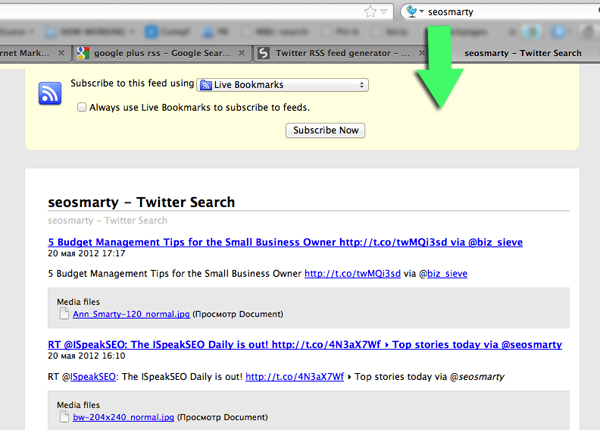 Twitter has so many tools made for it that there seems to be more apps than there are profiles sometimes. From social media dashboards to Twitter trend watchers, you can get a lot done. It has a great deal of marketing worth, as well. It might have been this fact that led to several RSS feed adapters for the site. 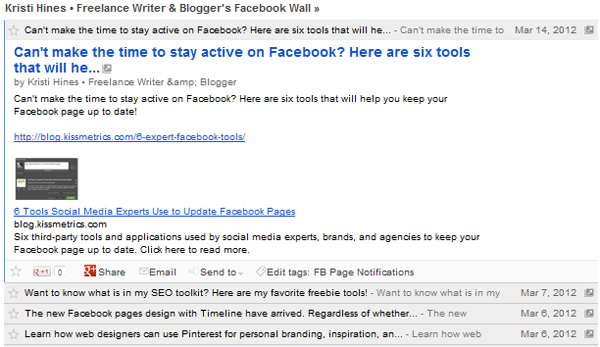 Technically, Facebook has their own alert system in place that allows you to subscribe on different levels to different personal and community pages. But it isn’t the same as a traditional RSS feed. That isn’t viable using an extension anymore, thanks to Timeline. But there is still a way.

RSS Setup Instructions – This is the best set of instructions I have found on the topic. It will show you how to use Open Graph to find a user ID from a customized username, then use that ID to create a feed. They have step by step instructions plus pictures. 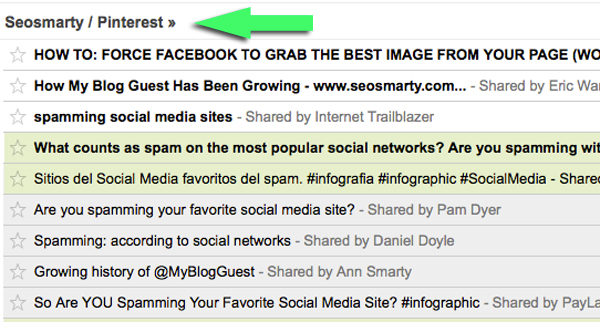 Pinterest is the newest addition to most popular social media sites, so we don’t yet have as many tools and hacks. So we have to create them.

Here’s my long description on how to RSS your site’s /source page on Twitter. Feel free to use the same tricks to RSS the activity of any user or board.

Putting it All Together

So now that you have pretty much created all feeds you wanted, use the following tool to aggregate them in one feed:

Yahoo Pipes – I don’t know why people don’t know about this tool, but for some reason it is often overlooked. Think of it as a content masher that combines things from all over the web. The modules you are likely to need are “Fetch feed” and “Unite” (you can clone this Pipe of mine and copy-paste your own feeds)

Social networking sites are really anti-RSS lately. They have canceled their own features that allow for it, made it difficult with their coding for updated formats to be compatible with once workable extensions and plugins and generally fussy about the whole thing.