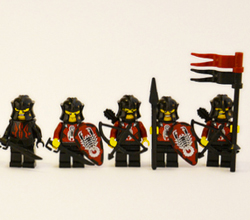 Working here at Internet Marketing Ninjas, I know the importance of having a clear understanding of clients’ overall business objectives and the metrics by which they measure SEO success as well as their measure of link quality. One of the things I often hear about is toolbar Pagerank as being a primary link value indicator for many website owners.

One of the problems with toolbar Pagerank is that it is often between 3 and 6 months out of date, and tells only a tiny fraction of the story behind a given link. There is actually a multiplicity of factors that go into Google’s calculations of link value, and so when I hear that someone is looking only for PR 4 sites to link into their site, my common response, which I admit I stole from a colleague here at IMN, is “Would you like a high PageRank or a high rankings?” In a word, toolbar Pagerank does not equal to higher rankings or more revenue.

So why does toolbar PageRank remain such an important factor in determining the quality of a link when the fact is, excluding a possibly faster indexing in Google, toolbar PageRank hasn’t been vitally important for more than a decade? Why does the myth of that green bar being the sole determining metric of quality remain?  Part of the reason is that SEO is difficult to get a grasp on because of its ever-changing nature, and so it is not uncommon for certain concepts to be undeniable truths one second and outdated myths the next.  If there’s one thing I have learned about SEO, it’s that the second I turn my back to check my email, make a phone call, or feed the dog, a bunch of the rules of the game will change while certain principles still remain constant.  It’s what makes SEO infinitely interesting to me and infinitely frustrating to others.

Here are a couple other factors to consider when you’re measuring link value:

Anyone who has had a prolonged interest in SEO knows I’m not saying anything new here, and I won’t pretend to know more about SEO than some of the most knowledgeable people in the industry, such as Todd Malicoat, Aaron Wall, and of course, our CEO Jim Boykin . So here are some of the more memorable discussions on toolbar Pagerank by these experts and others:

“Pagerank updates about every 3-6 months…and are based on a score calculated 3-6 months prior to the updating day….saying that Pagerank is Stale is an understatement….also saying that pagerank effects rankings is a lie.” (read more here)

“You can be a TBPR [Toolbar PageRank] 7 and not actually pass authority to others or rank for things of much importance. I’ll take rankings over pretty green pixels any day of the week.” (read more here)

“While the underlying concept of PageRank is still very much alive (links as votes, metrics for establishing more important vs. less important pages, etc.), the green pixels in the Google toolbar are a very rough estimation that’s often massively out of date (since it’s only updated once every 3-6 months) and occasionally deliberately misleading.” (read more here)

When I first got in SEO it was crucially important, but over the years other pieces of the relevancy algorithms (like domain age, domain name, domain trust, domain extension, link anchor text, searcher location, search query chains, word relationships, search personalization, other user data, result re-ranking based on local inter-connectivity, input from 10,000+ remote quality raters, and even a wide array of penalties & filters) have been layered over the top of the core relevancy algorithm. (read more here)

Check out how Matt says Google uses PageRank.  (Hint: it is 1 of 200 factors they look at)

At the end of the day, if you want to think about numbers 1-4, think about how to get your site ranking there.  The rest will take care of itself.
cc licensed ( BY SD ) flickr photo shared by Magnus the Great