Google has had a long history working with webmasters and while we don’t always agree with what they say (for various reasons), our community certainly appreciates this cooperation.

Here are most active Google employees who work a lot to talk back to us:

Spread the word about this infographic: 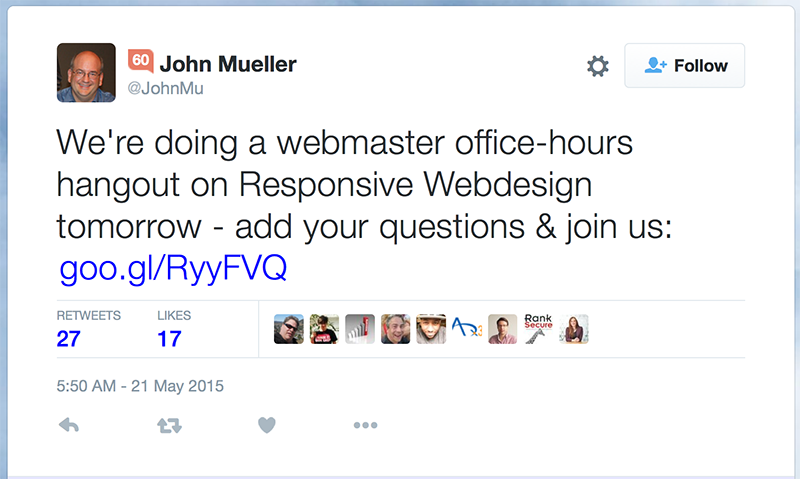 John Mueller is a Webmaster Trends Analyst at Google ZÃ¼rich, where he helps to make sure that webmasters and Google engineers understand each other and can work together.

John Mueller is one of the most vocal Google representatives actively answering website owners’ questions both on Twitter, Google Webmaster Central Help forum and via regular Google hangout on Air.

You can vote for your favorite question to be discussed on the regular Google HOA on John’s Google Plus page. Here’s an example.

John is also an old member and a former moderator of Cre8asite Forums, one of IMN properties and he participated in the community staff reunion anniverssary chat a few months ago.

Garry Illyes works as Webmaster Trends Analyst for Google Switzerland GmbH. Garry is contributing to the Webmaster Central Blog and helps users debug their websites in the Google Webmaster Forums. Prior to joining Google in 2011, Gary was teaching online journalism in Romania and abroad

Garry is very active on Twitter and he also speaks at a few prominent Internet Marketing conferences including Pubcon and SMX. 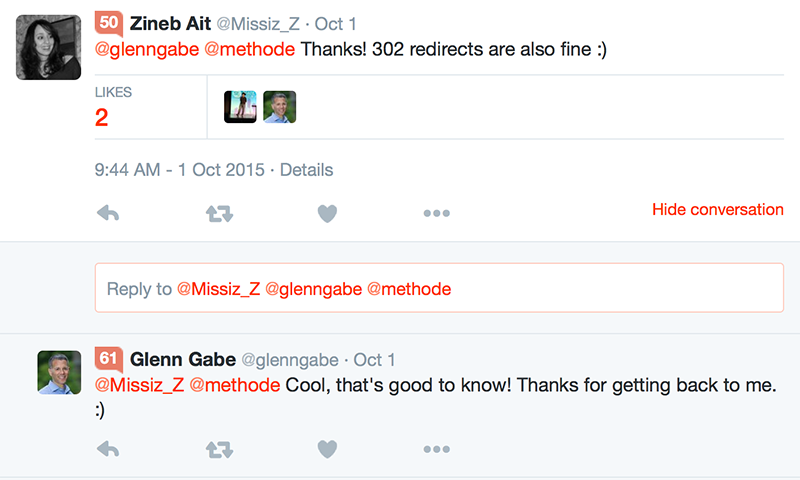 Born and raised in Morocco, Zineb now lives in Zurich, and works as a Webmaster Trends Analyst at Google.

Zineb Ait has an SEO background and says she has a “crush on Search Engine marketing”.

Fun fact: Zineb doesn’t seem to mind meeting people in person. So if you are around Google Headquaters in Zurich, why not? 🙂 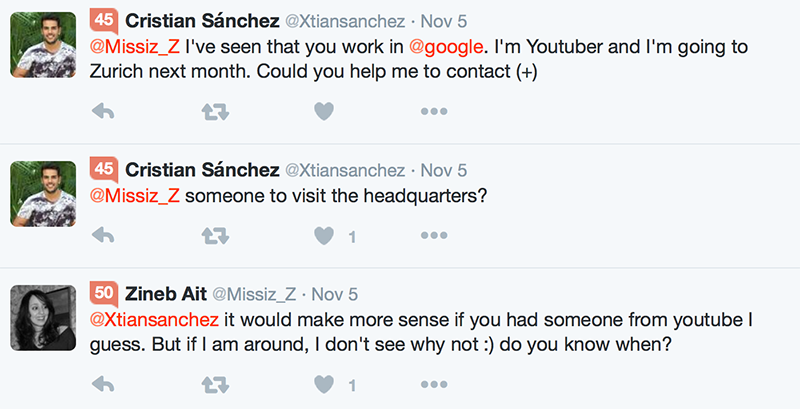 Brian hasÂ been at Google since 2003 working in the Search Quality group with a focus on webspam. He has spoken at several search industry events including Google I/O, Pubcon, Search Engine Room and SES. 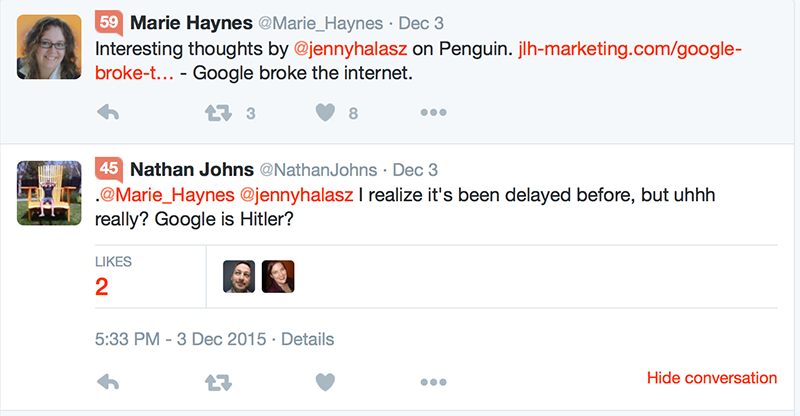 Nathan Johns is search Quality Analyst at Google. He has spent the past 10 years keeping spam out of the search results. In addition, he is active in webmaster outreach and communications.

Before search, Nathan worked on both Gmail and Google product support.

Nathan has appeared at Pubcon.

Having joined Google in 2005, Maile Ohye has been working closely with Google’s Search and Webmaster Tools teams as a Developer Programs Tech Lead.

Her goal is to support and advocate on behalf of all site owners.

A few of Maile’s projects include rel=”canonical”, and rel=”next” and rel=”prev” for paginated content.

She is working on improving Google’s search results in several European languages, with a focus on communications – internal (trainings) and external (communicating with webmasters to help them make more accessible and Google-friendly sites).

Mariya is quite responsive on Google Plus.

Johannes works for Google’s Search Quality team based in Germany. He protects the integrity of Google Search by fighting webspam

Andrey Lipattsev is Search Quality Senior Strategist at Google. Since May 2015, Andrey has been “working on making the Russian Internet Mobile Friendly and safe”. You can read more about Andrey in his G+ spotlight.

John is head of Publisher Policy Communications at Google which means his role is provide greater communication between Google and ad publishers.