YouTube is one of the most useful tools for content marketing. The problem is the high number of competing videos you have to stand out against. According to the site’s statistics, 100 hours of video are uploaded on YouTube every single minute! You read that right… that is 6,000 in an hour, 144,000 hours in a day.

Your best bet will always be building a consistent audience. But you still have to attract the fan base, and also catch the eye of people once they are loyal watchers who maybe done hit the subscribe button. The trick is to create memorable, attention grabbing thumbnails that will get them to make that click.

** Note, custom thumbnails used to be available only for Youtube partners but Google has made it much easier: Nowadays to be able to upload a custom thumbnail to your video, you need to verify your Youtube channel using a phone number.

And here you go, you have full flexibility with how your Youtube video thumbnail looks in search results and “Related videos” section: 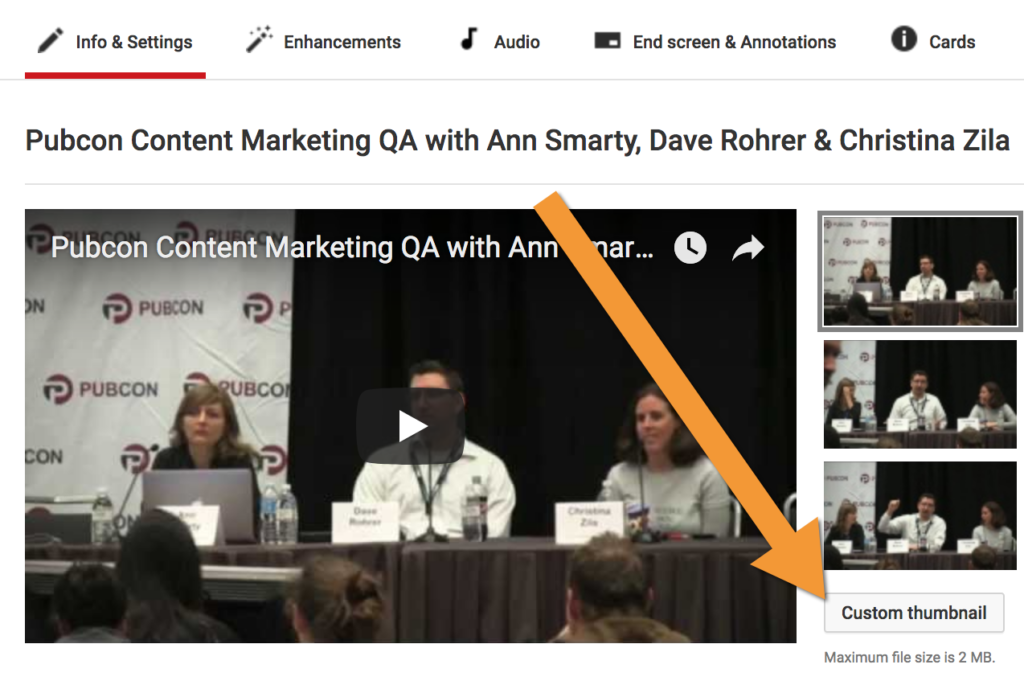 Here are five tips for helping you do that.

Tip #1: Pick Something That Will Be Immediately Recognizable

Think of the channels you watch frequently. You may have noticed that they have a certain ‘look’ to their thumbnails. These trigger a connection in your mind, letting you know that it is a video you would like to watch. The most successful YouTube channels will use this tactic.

For those who don’t send out consistent videos, the tactic is a bit different. They still opt for recognizable, but it is the content itself that is recognized. A good example is the He-Man singing video. The thumbnail is He-Man with his head thrown back against a sparkling background of rainbow colors. Is it any wonder enough people clicked it to push the clip to viral status?

So when aiming to be recognizable, either make the thumbnail something connecting visually to your content or brand, or just connected to the topic of the content.

Tip #2: Get a Little Bit Risque

Never use bait-and-switch when it comes to thumbnails. However, if there happens to be a related thumbnail that gets a bit risque…well, that can be an effective way of hooking viewers. It may seem a bit sleazy, but you have to admit that you have clicked on your fair share of videos because you were curious about that flash of skin. Come on, you know you have.

As a matter of fact, you probably also spotted a few comments that admitted as much themselves. “I came here because of the picture LOL” is a common sight in those comment threads. Embarrassing or not, it works.

But as was said before, never use a naughty looking thumbnail that has nothing to do with the content. That elbow might look like a butt for a split second and so present a screenshot opportunity. However, it is a sure way to make your viewers angry. No one like to be tricked.

Branding is an important aspect of continued visual marketing on YouTube. Which is why you want to keep your thumbnail style consistent all across your channel. If it looks a certain way on one video, it should use a similar motif or pattern for the next. This will assist in the branding of your image, which in turn will connect others to your channel and so what you upload onto it.

Two great ways to do this are to either use a background that stands out, or to use an actual photo of your face. These will both link your videos effectively, and with very little effort. An example of this is PewDiePie, the controversial but popular video game reaction YouTuber. He uses both consistent styles for different types of video (laughing elderly people on his “funny montages” series), and images of his face set to game related backgrounds. 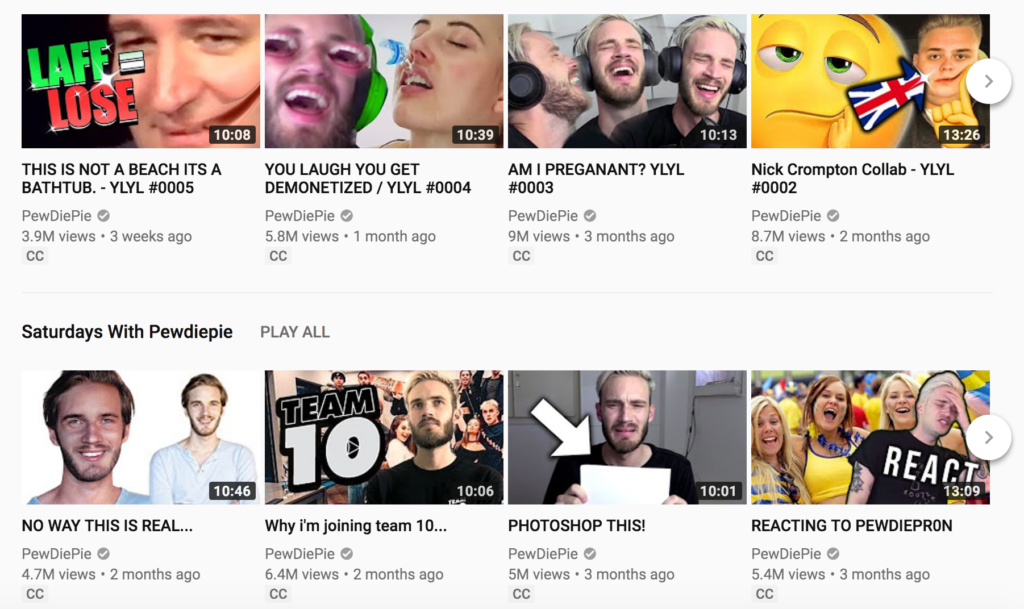 Title cards are a great way to brand videos, attract attention, and just bring a creative and customized element to any video. It can be used not only for the thumbnail, but for introducing the video, as well. The critics on Channel Awesome, such as Nostalgia Critic, Nostalgia Chick, Cinema Snob and Todd In The Shadows all use title cards in their videos that feature work done by numerous illustrators.

Of course, yours don’t have to be quite as elaborate. Just make sure they are high quality, preface the content well, and are (as mentioned before) consistent.

You can also create different thumbnails that act as title cards, but are not the same as those presented in the video itself. The Fine Bros use thumbnails that show a relevant background to the topic of their Kids/Teens/Elders React videos, along with two portrait style shots of the commenting guests making faces. But when you watch the video, the actual title screen uses either several of these, or in the case of Elders React, an old timey animation sting.

If your thumbnail is too busy, it won’t show up properly. Always take into account the size of the photo itself, and how you can best utilize the space while remaining clear. You should also know that it will be used also as a preview image for the embedded player, so the original should be a full 1280 x 720.

As you can imagine, trying to keep a high resolution image that is responsive for multiple platforms, devices and sizes through YouTube itself can be a bit difficult. Try testing your thumbnail design in various sizes to make sure it comes out well.

Colors are pretty self-explanatory… you want something that stands out, and looks good against YouTube’s white background. Dark colors might not show up that well in the sidebar video list shown in other videos. So take that into account.

Creating a winning YouTube custom video thumbnail isn’t rocket science but it may work great for branding and higher click-through. Most of the tips are common sense. But it does take some trial and error to find what brings in the highest number of views and shares.

Keep at it, and you will find the right combinations.