I love Tumblr. I don’t have time to maintain my own Tumblr blog but browsing through others’ sites is very inspiring. I don’t know how they ended up nurturing such a creative community but some of Tumblr blogs just leave you wondering “How did they even come up with this idea”?

Tumblr is one of the best sources of viral content ideas: For sure…

1. Reasons My Son Is Crying 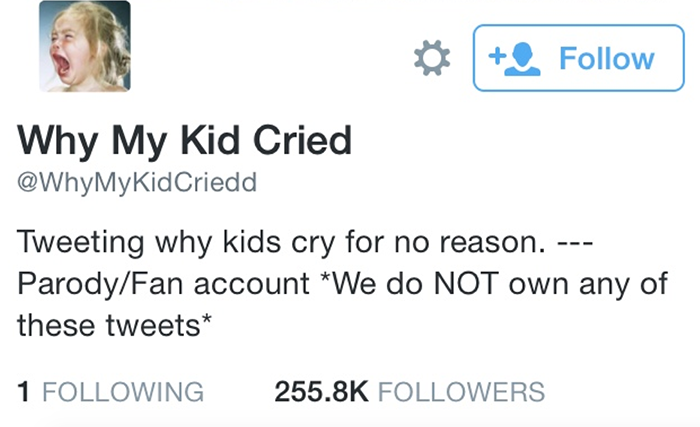 Children aren’t very good at regulating their emotions. It is a skill that comes in time, with help from parents that teach them perspective, manners, and tantrum control. For a toddler? It just isn’t happening. Anything can set off a screaming fit, and this blog documents it beautifully.

These GIFs are absolutely mesmerizing. Made from images and videos taken at museums around the world, you can take a glance at both art exhibits and the buildings that house them. These will be sure to inspire your creativity, and make you yearn to create. Or just to see what others are creating.

Sometimes it seems as though the people who make stock images must be doing it for a joke. Because there are some really bizarre, awkward, or hilarious stock images available out there, and many you have to pay for their use. This Tumblr explores the most awkward among them.

It could sensibly be argued that Garfield is a comic strip about a man losing his will to live thanks to his cat and a serious inferiority complex. But if you take the cat out of it, and let the complex remain, it becomes hilariously disturbing. 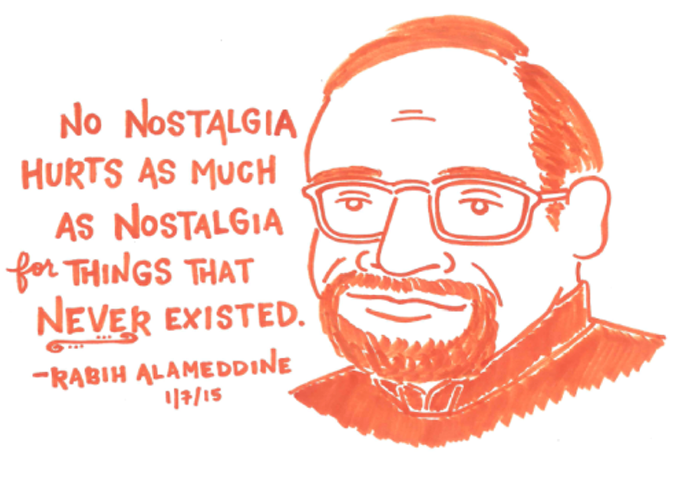 Drawings of author’s who do readings in New York City. From the famous to the unknown, this blogger loves to celebrate them all. Along with their images are written quotes taken from those readings for you to enjoy.

6. The Same Picture of Dave Coulier Every Day 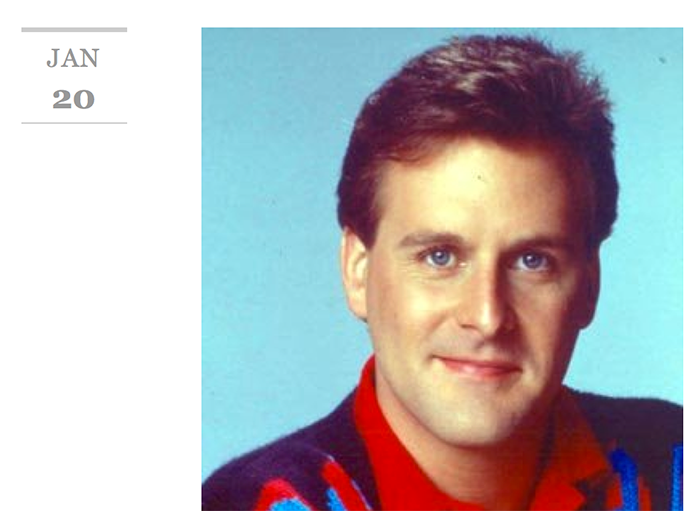 I don’t even know what to say about this one. What makes it creative, you might ask? Well, it is the same (literally) picture of Full House actor Dave Coulier, posted (literally) every day. Who would have thought to do it? Why did they? What makes it all the more incredible is the following. Each post ends up with at least one hundred reposts. 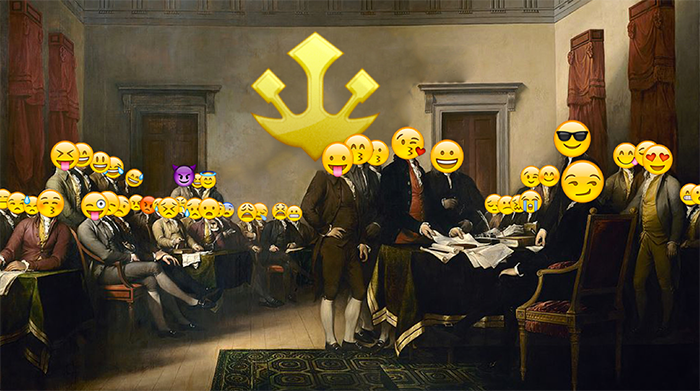 Famous works of art, as told by emoji’s. It is art for the modern age, with a bit of sass and sarcasm thrown in. A lot of fun.

What does it look like when you microwave an entire box of crayons? How about a troll doll? I don’t know, but I could find out by looking through this Tumblr blog. They microwave random things, then show you the results.

“How you so high, but still down to Earth?” How indeed, Drake. While there is something to be said about the complexities of underground rap and hip hop, the mainstream version you hear on the radio rarely has the same eloquence, style, or meaning. Or it didn’t, until this blogger started putting the quotes over landscapes, and thus Rap Poems were born. 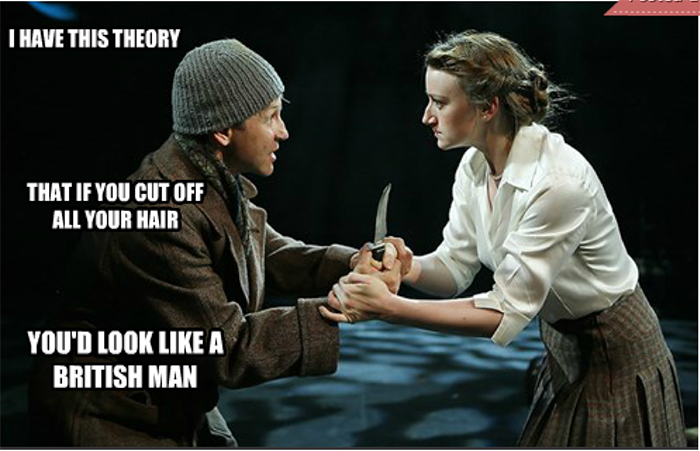 What does Mean Girls and the works of William Shakespeare have in common? Nothing, but now they are on this Tumblr blog. How do you begin to explain Henry V? Well, his hair is full of secrets… 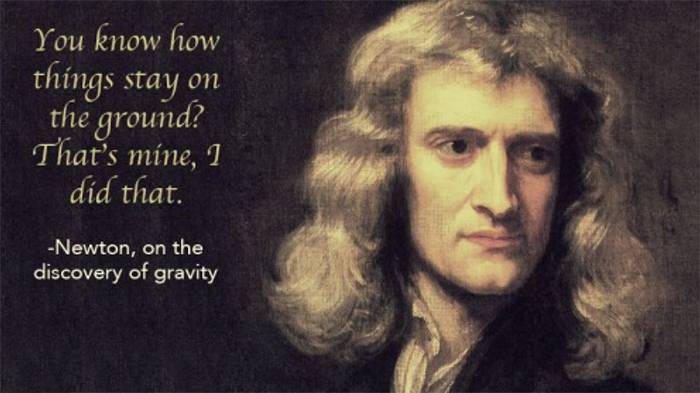 There is a lot of accidental fake science out there on the web, especially on social media. But at least here, it is intentional. This is a hilarious satire of faux scientific arguments and stories that are depressingly similar to what your aunt posts on Facebook thinking it is real. 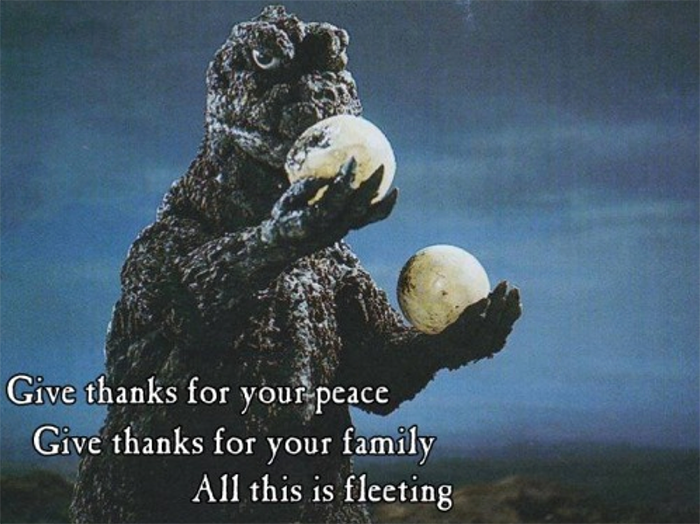 Godzilla is great, he crushes the town all day; this life in Tokyo.

13. Buzzfeed Articles Without The GIFs

Are you tired of GIFs getting in the way of great Buzzfeed posts like “It’s alive!” “OMG NO!” and “LOL”? Well, this blog has you covered; it removes the images and just leaves the literary masterpieces behind.

This is a surprisingly intimate look at people eating by themselves. There are no frills or filters, no real artistic attempts. Just people sitting at tables, eating and minding their own business. Seeing them in such a disarmed moment is weirdly inspiring. 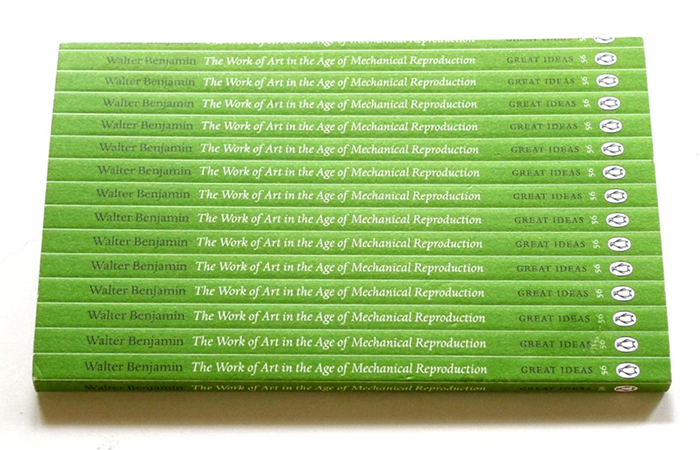 The OCD in all of us will shout with joy at this little find. Things are organized in neat ways…that is it. It looks good, and it will make you want to finally clean up that closet with the junk stuffed to the ceiling. Or just stack it all up, Tetris style.

Any other creative Tumble blogs you want to share? Let us know in the comments.