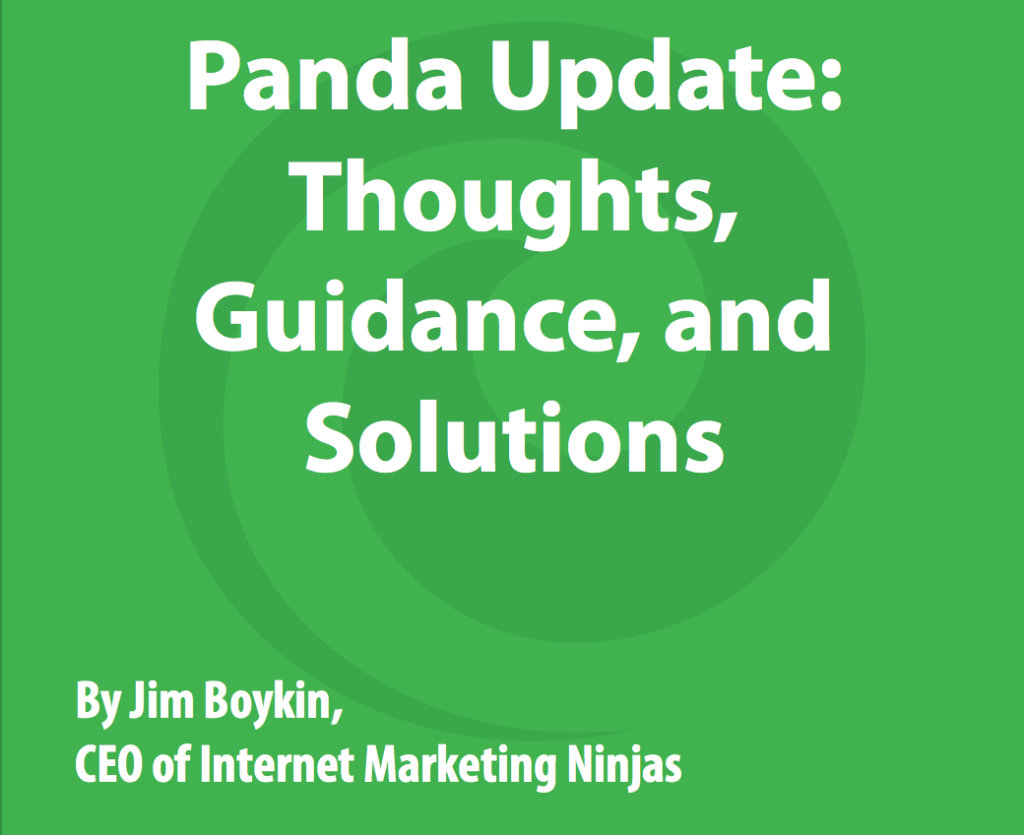 Ten months after the last Panda refresh, Google announced yesterday that they had actually begun rolling out another Panda refresh this past weekend.

They proceeded to say that the rollout might last months. This means its effects will be drawn-out and potentially more difficult to diagnose. The refresh impacted between 2% and 3% of English queries.

Due to the nature of this latest refresh, websites that have addressed issues following a previous Panda hit may notice a gradual recovery rather than a quick win.

Likewise, websites with duplicate content, thin content or other Panda risk factors may notice a slow and steady decline. If this is the case, site owners should have these issues addressed as quickly as possible.

Are you watching your traffic?

Please take our two-second survey and get a free copy of Jim Boykin’s In-depth Panda Whitepaper!

Also, we’ll discuss Panda Update over at Jim & Ann show, so subscribe to our Youtube channel to catch it.

Check out Panda discussion over at WebmasterWorld: Google Panda 4.2 Rolling Out

There are some users reporting a partial recovery (prior to the official announcement):

My site that was previously hit by Panda (beginning with 1.0 in 2011) did see some gains over the weekend that have held so far. Not a full recovery by any means but it’s been nice to see an increase of any kind after 4+ years of hell

People are obviously worried about how long it could take:

The slow-roll-out is meant to make it difficult to track – no dance, just a long, long festival.

The slow-roll-out is meant to make it difficult to track - no dance, just a long, long festival [email protected]Click To Tweet

If Google means almost 2 months when it says 2 to 4 weeks. I’m guessing this update could take years. Like analyzing paint as it dries except paint is more comprehensible…

Slow enough that another algo change can change the Panda algo, and thus creating confusion in my brain

I suppose the question is, if it was 10 months from the last update until now and this one is taking “months” to roll out, then how long to the next?

Bottom line in my estimation is that you don’t have to have a Panda-penalized site to get caught up in roller-coaster ride that is Panda.

There are many more great points brought up in the thread.