Posted by Dan O'Leary to Google 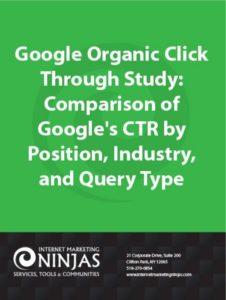 IMN is pleased to announce our Summer 2017 Click Through Rate Study, now available in Whitepaper format in the Resources section of our website!

It’s been a while since we’ve last written about this topic, and since last summer, there have been multiple changes to both the algorithms that determine the organic rankings AND the visual presentation of the SERPs.

Because of these changes, along with all the other changes seen in the last 12 months, IMN wanted to know: What’s the actual click through rate for a #1 ranking look like these days? How about a #10? A Page 2 Ranking? In that spirit, IMN conduced our own internal Click-Through Rate (CTR) study for Summer 2017.

A more detailed breakdown of our methodology, including data sources, sizes, date ranges, and cohort segmentation can be found in the actual Whitepaper, but to summarize, we used 90 days’ worth of data from Google Search Console from a well-curated list of our own clients.

So, what did we find? 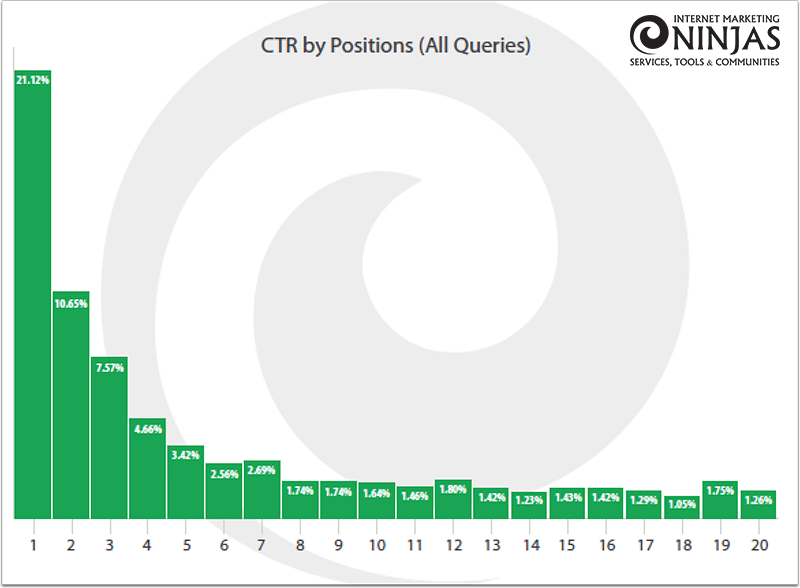 Overall, the CTR for a #1 ranking for All Queries in our study was just over 21%. This is lower than reported in prior CTR studies released in the past, including the AWR Study from 2014, the Chitika study from 2013, and others. Data sets, sizes and methodologies differ greatly for CTR studies, so we invite you to compare these methodologies and how these might impact results.

Surprisingly (at least to us!), the CTRs for All Queries did not drop below 1% for any position within the Top 20 spots of Google, and there is a slight dip UPWARDS in CTR on the top half of Page 2 compared to the bottom of Page 1. The changes to the algorithms and SERPs may not have dramatically altered total Impressions on Page 2, BUT there were definitely more Page 2 Clicks, in aggregate, than we expected.

Another interesting trend we found was just how many Impressions for Queries on Pages 1 and 2 of Google result in No Clicks at all – between 25% and 30% of them! With the introduction of the Knowledge Box, the other Rich Card formats, all of the various carousels and blended universal result types, and of course the expanded 4 pack of Paid Ads, this isn’t too surprising to us, but it’s good to see our suspicions confirmed – between 1 out of 3 and 1 out of 4 Google searches end with No Clicks!

IMN also differentiated between rankings for B2B and B2C sites: 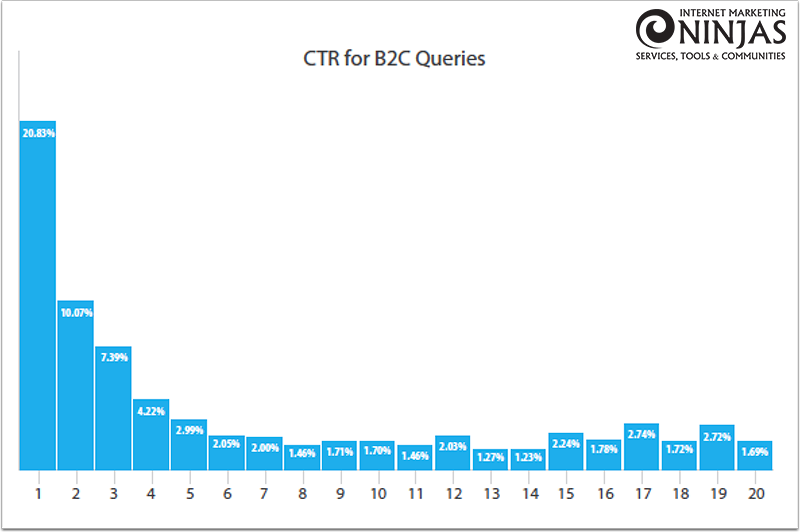 The overall CTRs for them were fairly comparable, but the main differences were that B2B sites saw higher CTRs on the top half of Page 1, but slightly lower CTRs on Page 2, in aggregate. 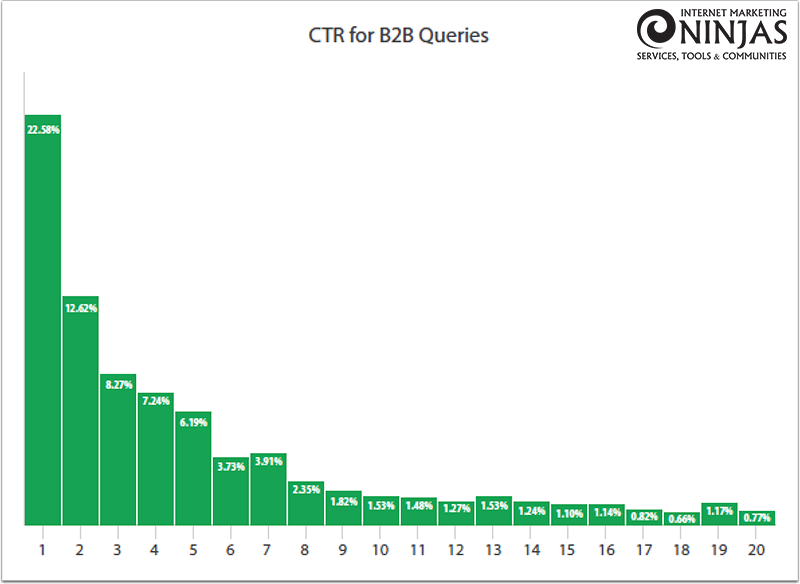 And finally, IMN also distinguished between Branded and Non-Branded queries: 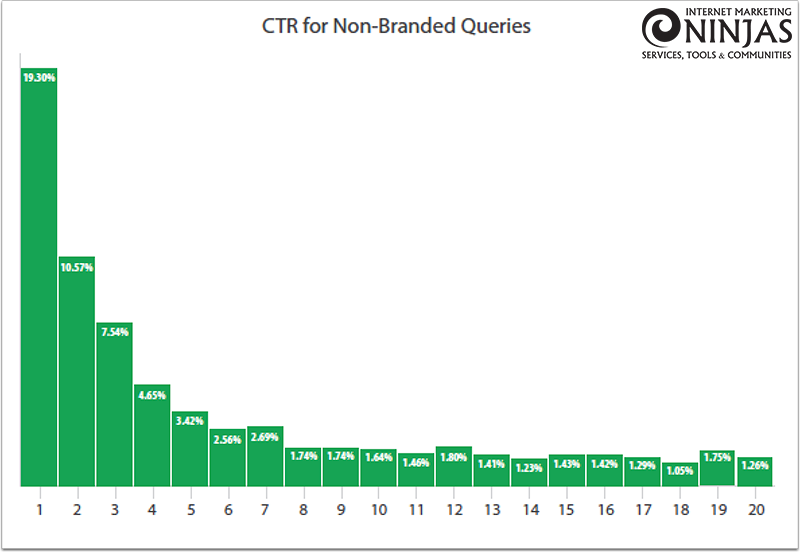 Our main findings were that Branded Queries see MUCH higher CTRs on the top half of Page 1, but that 99% of all Branded Query clicks came from the Top 3 spots. 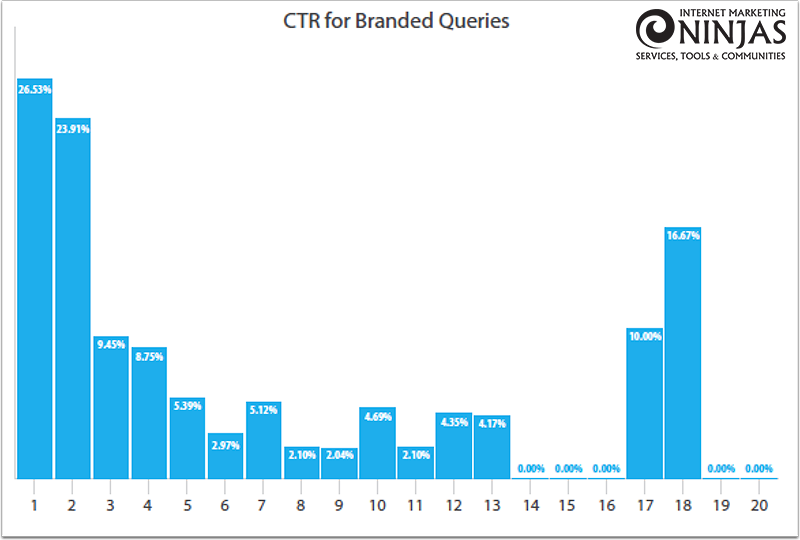 Frankly, our data set size for Branded queries past Position 5 was quite limited, but we suspect that despite whatever visibility a Branded Query might see past Position 5, it’s not likely to see many clicks.

Our highest-level findings for the Summer 2017 CTR Study include:

To see our full CTR Study, click here. Please drop any questions or thoughts in the Comments below and we’ll do our best to answer them!