Internet Marketing and Web Design: The Truth is Out There

For two decades the Internet has captivated us by providing a common method of sharing and delivering information and within those 20 years the world grew by over a billion people.

On October 12, 1999, the world’s population had reached 6 billion. I was already five years into my web design and search engine optimization career by then. The scope of my efforts rested largely in getting web pages ranked on the top 10 search engines and countless directories by moving specific words around on pages in the hopes that somebody out there was searching for them. 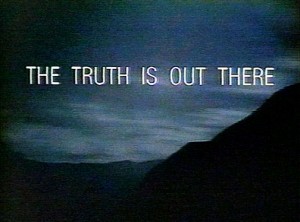 A mere dozen years later, on October 31, 2011, the world grew by another billion people. That’s another billion mobile customers, students doing research papers, Kindle and Nook book readers, bargain shoppers, bloggers and HULU TV watchers. By 2011 I was already a decade into usability web design and focused on what terms and keyword phrases targeted groups of people use to search for sites on the Internet.

By 2002 my work was referred to as “Holistic Usability and SEO” because I considered my worth as a consultant to be aligned with my personal perspective on people. We all deserve to get the truth. Back in the mid-1980’s I attended a workshop on subliminal messages in advertising, which at the time was a blown out of proportion big deal. I would happily examine ice cubes in alcohol ads looking for the word “SEX”. To me, hiding words like “SEX” in the source code of web pages was no different. Both subliminal advertising and keyword stuffing proved to be entirely worthless marketing tricks.

In the year 2000, two situations changed my thinking regarding online marketing and started me on the road to “people on purpose” web design and marketing. The first was learning that the gigantic Internet darling company I was employed by at that time had a search engine optimization department whose work was largely tracking all the results from slipping money to all the search engines to get the top search engine results for the websites we were building. This was before PPC, Inktomi and other pay for rank systems now in play. I understood then why cloaking was so in demand, as there was no other way to compete with companies that were literally paying for the top spots behind the cover of silence and handshakes.

The second smack on the head was realizing I was designing to make project managers happy, who in turn were answering the demands of stakeholders, who clearly had no freaking idea what they wanted or how it should be done. It’s a sad situation that exists today, as evidenced by the Healthcare.gov disaster. I desperately and intuitively needed to build websites that worked for the people intended to use them. Fortunately, a wise department head realized this and set me on the path to learn and work in usability, human factors and software testing. 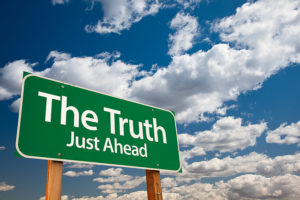 e. Concern about who uses websites and how they interact with them is not something marketers fuss over either. The truth is that everyone looking for web pages asks questions in unique ways, using different terms, various computer devices, are old, young, in between, angry, scared, calm, sleepy, drunk, colorblind, wears glasses, has a physical limitation, hand tremors, short attention span, are in a crowded room, driving, walking, running, teaching, circling the planet, or shopping for a Tesla.

The truth is, we design and market to a tiny fraction of 7 billion potential web site users.

We are only a decade away from reaching 8 billion people on Earth. How ready will your company be to build and market websites to them?