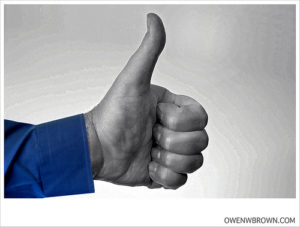 Each of these actions has an affect on the social network, but in what ways? Some actions trigger a notification, and some a news feed item. Some are unobtrusive and just show up on your timeline. This is all beneficial for Facebook, since social activity is what keeps the site going. As a user it’s all impulse clicking, but for us to measure these actions we have to understand them.

Let’s start with the biggest one: Facebook Likes. The Like button is relatively new, having only been implemented in 2009 but in that time it’s made a BIG impact. Before the Like button was introduced, websites could encourage users to “share” an object. Clicking the share link or button would make a Facebook window pop up previewing the story the user would be sharing with a box for them to enter their own comments about it. This story would appear in other users’ news feeds traditionally with a thumbnail, link title and short description.

Compared to other items, it took up quite a bit of real estate. When the Like button came onto the scene, it was pretty underwhelming from a marketing stand point. “Liking” a page or website only took up one line in the news feed, saying something similar to “Laura likes Internet Marketing Ninjas”. To make matters worse, likes were aggregated into one big list, with only one actually being featured in the news feed and the others being hidden behind a link (“Laura likes Internet Marketing Ninjas and 38 other pages”, for example). This wasn’t bad for the user, since they didn’t have to see a bunch of extra stories in their news feed, but for those of us who like to use social media to reach out to potential customers… it was a bummer.

Then something neat happened! Facebook added some of the functionality of a traditional share to the Like button. Clicking a Like button on an external website immediately likes the page, but also brings up a small dialog inside of the window, rather than an extra pop up window which was obtrusive and often shut down by pop up blockers. In addition, they started pushing social plugins, which let people add buttons, such as the Like button, to their website fairly easily. Users no longer had to deal with an annoying extra pop up when clicking a share button. Instead, they could just click a Like button and move on, allowing the website to catch the casual user much easier than before.

With that said, all of these things are important. Search engines take shares, likes and comments all into consideration. The biggest reasons to stick with Likes is for usability and because they’re supported by Facebook. After all, those old Share links that people are using could disappear any day and Facebook wouldn’t even have to apologize.

What Good Are They Anyways?

Okay, so now we know what a Like is. What’s the point? This is an easy one.

Social media is important for marketing – nobody will argue that. Customers expect a company to have an active Facebook page now-a-days. Effective social marketing, though, goes beyond the social network itself. Social plugins such as the Like button let you stay social outside of Facebook, and gives your users a way to connect with you without physically seeking out a Facebook account or page.