I’m pretty ashamed right now. Let me tell you what’s been going on.

I’ve noticed a sickening pattern emerging in my life, or at least in my Twitter stream (and really, what’s the difference?). Problem is, I’m not sure what to do about it.  Here’s what’s going on.

This is not normal behavior. What the hell has happened to me? When did I become such a social media addict that the computer is where I turn to for advice, solace and pats on the back? I used to be an intelligent, independent woman. Then came social media. Now I am a blubbering, anti-social baby incapable of fending for myself. I hate you, Twitter! I wish I knew how to quit you.

Social media has changed me as a person. It’s changed the way that I 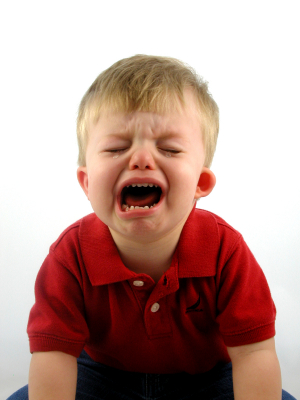 interact with people, the way I consume information, and the way I see the world. It’s made me needier and less sensitive to other people’s feelings (the training worked). I know this. And though I’m not sure that it’s entirely bad, it also scares the bejesus out of me. Especially when I’m driving around historic Troy, NY totally lost and my first reaction is not to consult a map, but to see if Rhea’s watching Twitter so I can ask for directions.

And I know that I’m not the only one who is experiencing this. There are lots of people who consult the Interwebz in times of trouble or just to share good news, but are they as obsessed as I am? And if they are, is it okay to be like this? Are you at all concerned with the effect social media is having on your life?

I can’t help but wonder what affect this has also had on businesses and if companies are missing out on real human-to-human contact. If they’ve now adopted social media as a one-size-fits-all marketing solution and abandoned everything else. I hope that they haven’t. I hope that they’re taking the time to explore social media, while also paying attention to the tried and true tactics. The stuff that we know is important to users looking for your site.

It’s one thing to use tools like Twitter and Facebook as complements to your Internet marketing campaign, but it’s another thing when you get tunnel vision and focus on ONLY that. When you become so consumed with talking to people online that you forget about real life customer service. Like when Apple let dreamy Kevin Ryan walk out their store even though he was primed to make a purchase. Or when companies launch social media campaigns just to have one, without first aligning it to their offline efforts.

You also have to think that it’s only a matter of time before Google starts devaluing links to social media sites the same way they’ve devalued everything else marketers have taken advantage of.  Today, the natural links generated by social media are very powerful. But that can all change.  What are you going to do if Google strong arms another social media network [coughTWITTERcough] to nofollow links? Or if they issue a major update to their index and it takes a month to get the kinks out? Are you going to stand around and eat that loss while they figure out their next move? We certainly won’t allow that for our clients.

I’m not trying to discourage anyone from getting involved in social media, but remember that there needs to be a balance if you want the best results. Add in the social media elements, but don’t ignore everything else that Internet marketing has to offer. Focusing on only one element, regardless of what that element is, simply won’t be enough to compete on today’s competitive space.

I guess what I’m saying is that with all these flashy alternatives now fighting for your attention, don’t forget to actually run your business. When Google is on a witch hunt to penalize everything that could even remotely be look at as unnatural, you want to make sure you’re in bounds. That you’re paying as much attention to your offline efforts, as your online ones.

Sometimes I look at the affect social media has had on our lives and get a bit scared. Social media is like my BFF. Take it away and I guess I could survive. But I’d probably be under a desk somewhere rocking back and forth.  Hmm, maybe it’s time I make some more offline friends?

*[I should note that Jack Jack is fine after his Superman Fail. A little PTSD (for him and mommy), but nothing that a few days of cuddles couldn’t heal.]