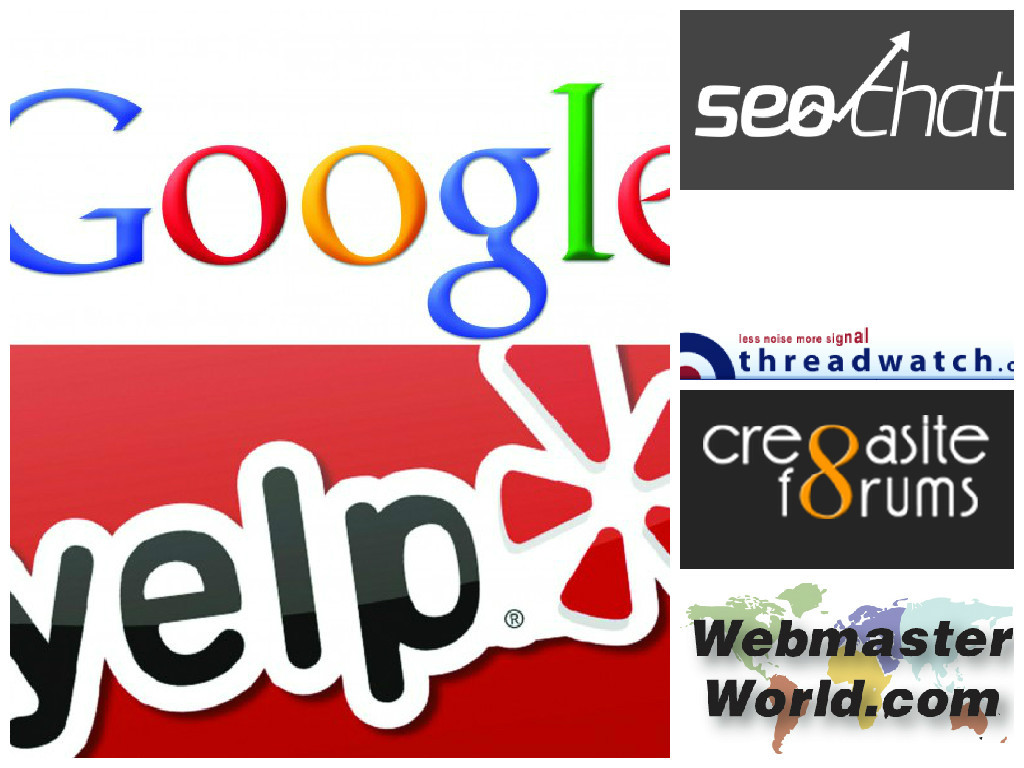 The members of our communities are busy as bees digesting news of Bing replacing Google on AOL, Yelp’s attack on Google’s alleged monopoly, and the nature of click-through rates as a ranking factor.

One of the best parts about the Developer Shed network is that there’s always something new going on!

These discussions are still pretty fresh, so there’s still time to jump in with both feet if you feel inspired!

Big news for Bing! AOL is taking over responsibility for Microsoft’s display, mobile, and video ad sales, and in exchange Microsoft is cutting a deal to replace Google as the default search engine for the next 10 years at AOL.

Partnerships, the members of WebmasterWorld stress, seem to be Bing’s way to the top. And this isn’t just in the US – AOL will be selling ads for Microsoft in the Brazilian, Canadian, French, German, Italian, Japanese, Spanish, and UK markets. But not everyone is popping champaign in Bing’s honor. “…too bad,” says user robzilla, “I often use search.aol.com to get unpersonalized and unlocalized Google search results. Any alternatives?”

Journalists and bloggers will soon be able to utilize a new feature to stay connected with their readers and reach new audiences. When users click through a news item in their News Feed, they’ll find a “follow” or “like” button for the author of the article at the bottom of the News Feed box for that particular story.

By following a journalist, users can get updates whenever they post to their feed. Sounds great for well-meaning journalists, right? Users on WebmasterWorld are a bit more cautious. “In any case this will be used by black hatters in my personal opinion and will evolve in to something else sooner than most think,” says user Nutterum. What do you think?

Picking on poor old Google+ is like beating a dead horse at this point…but it’s hard not to do when Google keeps finding new ways to beat the platform into submission and obscurity. “In a very quiet move, Google+ posts are no longer being shown when a brand is searched for and its knowledge panel is triggered,” reports one of our Threadwatch users.

The full story, courtesy of The SEM Post, describes the limited situations in which a brand’s Google+ posts will be viewable to public searchers. With the Google Photos split and the removal of easy log-in access still fresh, what kind of future does Google+ really have at this point? Why should a brand care enough to make posts to their page?

This post from Threadwatch is the first of two perspectives that our communities have on this story. Former FTC advisor Tim Wu, working alongside Yelp’s Data Science Team, performed a study where they created two separate versions of a local SERPs page. Google’s Local OneBox, which pulls businesses from Google+ and displays them at the top of the page, was visible on the first SERP.

On the second version of the SERP page, researchers removed the Local OneBox and displayed organic results at the top. The conclusion they came to was that organic results were 45% more likely to be clicked through – meaning that the OneBox is less useful, despite being cherry-picked by Google. This has all kinds of hackles raised at Google’s power to promote whatever sites it chooses, even to the detriment of its users. Especially because Google is currently embroiled in an EU anti-trust case. But is Yelp really the one to be pointing fingers?

Google A Monopoly? or, Yelp Ain’t Going Down Without A Fight!

On Cre8asiteforums, users are looking at the same case from a different perspective. User earlpearl suggests searching Google and Yelp for “Restaurants Buffalo NY” and comparing the results. “…the Yelp results are astonishingly better. Any search engine’s results are better than Google’s…Bing and Yahoo’s first results pages are better than Google’s.”

And the Local OneBox isn’t the first example of Google abusing its power to make deals on the side with who shows up where in “special sections” of SERPs. Definitely take a look at the Threadwatch piece and this one together to get a complete picture!

Will Yelp be able to win? #YelpvsGoogleClick To Tweet

The knowledge panel is the cause of a lot of controversy and gossip this week, it seems! Google’s knowledge panel is designed to pull what it believes is the answer to your query right to the top of the page, to save you the trouble of clicking through links and doing your own research. Convenient! But…not always accurate.

A famous example involves searching Google for “what kind of car does jesus drive,” which pulls up a knowledge panel with an excerpt from a site claiming that Jesus drove a Honda. Of course!

“The only things I would accept from Google answers are stuff I already know but can’t remember…time in Amsterdam, what is state code in MN…etc,” says Cre8asiteforums user bobbb. User earlpearl comments, “Forget everything that is written about knowledge boxes…This stuff on the top of the page is developed to starve websites from traffic.” Furthermore, users wonder: is there a way to optimize content to appear in a knowledge panel?

A user on SEO Chat recently brought to our attention that some companies get a link to their Wikipedia page next to their links in SERPs. How, this user wonders, is that accomplished?

Senior member Chedders adds that some links to LinkedIn pages are included on some results too. Is this a toy that Google only shares with the big boys, or is it within grasp of your average DIY SEO?

SEO Chatters tackle a discussion that’s been on the table for ages, but has recently become exciting and relevant again. User Doodled says, “In my experience yes! …. I’ve ranked many pages by increasing CTR, reducing bounce…but to do it the content of the landing page in question had to be changed so some coudl argue that this is what caused the improved rankings.”

Meanwhile, senior member Fathom counters “People that chase ranking signals are dumb! The simplest explanation starts with ARE THERE or ARE THERE NOT 200 plus signals…How precisely do you think you can use this parameter if it was one?” This great two page thread is a classic SEO Chat duel-of-the-minds!