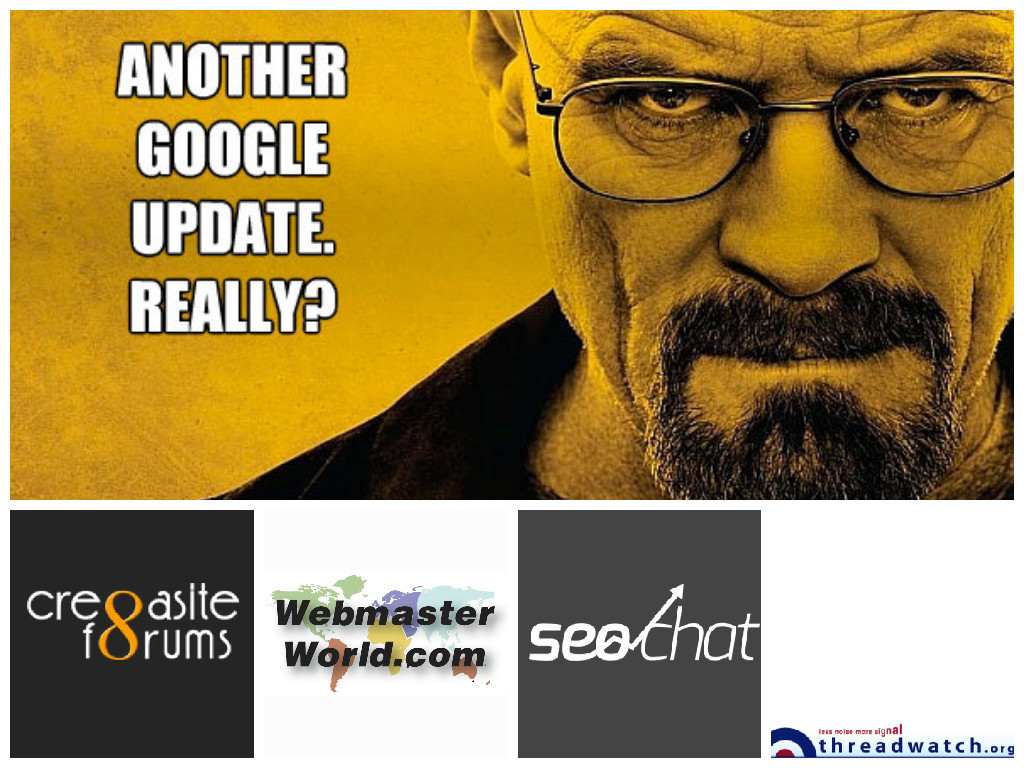 The communities are buzzing this week with news of Google’s new changes, Bing’s announced mobile algorithm update, and a thrilling discussion about the nature of content, rankings, and user experience.

If you were hit by Google’s Quality Update (previously referred to as “Phantom 2”) we have a great thread from Webmaster World, too, where you can join our users in trying to pick up the pieces.

If you search in Bing on a mobile device, you should already be able to see the “mobile friendly” title attached to some links in their SERPs. But Mobilegeddon this ain’t. Bing is being tight-lipped about many details – the precise date when the launch will happen, how many pages are already mobile friendly, or what the exact impact on rankings might be are all still mysteries. The update is expected to roll out over “the coming months.” WebmasterWorld is sure to learn more in that span of time.

Google has confirmed that changes were made to the search engine’s ranking algorithms “in terms of how it processes quality signals.” It’s not a spam related update, but it has hit a surprising number of websites. HubPages, About.com, eHow, and other “how to” websites, in particular, lost a considerable amount of traffic. “The question is how the algorithm measures ‘quality,'” writes user aristotle. “…what I would like to think is that signals relating to user behavior (sometimes called user metrics) have been given more importance.” What do you think?

The last official Panda update, 4.1, occurred last year in September. It was only a month later that Penguin’s last update, 3.0, was made. Since then, many hardworking Webmasters have wondered – “When will the next refresh occur?” In a Google hangout on May 19th, John Mueller confirmed that “We are working on updates there.” Not only that, but apparently Google would like the refreshes to start happening faster than before. A pinky promise, or a canned response? Share your thoughts!

Google Buddies Up With Twitter While Still Working on “Faster” Refreshes

You can now see tweets in mobile search results for certain phrases and usernames. A deal reached between Google and Twitter even makes it possible for you to search by #hashtags in Google to pull up multiple tweets in SERPs. What kind of an impact will Twitter integration have on the way people search with their mobile devices?

Users on Cre8asiteforums are puzzling what these often used terms mean now that Google has made so many changes. What is Content? “Is this content text? Code? Font sizes? Layout? Images? Ads? Forms?” asks Kim Krause Berg. “…you can probably get people together who will fist fight over that,” user EGOL writes. It’s a tricky conversation, since Google is infamous for holding its cards very close to its chest. What do you think? Are these definitions the same as they were years ago, or are they evolving?

In an effort to be more inclusive and attract users who might have been scared off by the name “Webmaster,” Google has renamed Webmaster Tools to Search Console. “Search Console? How is that a more useful or accurate label? It sounds more like something a user would go to if they wanted to fine-tune their search settings,” writes user lucy24. But if the name change does what it seems intended for, there could soon be an influx of small business owners and hobbyists learning to use Search Console.