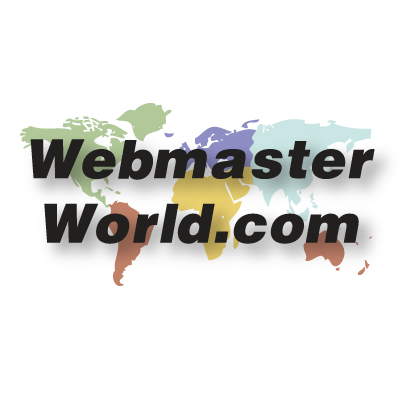 Greetings once again, SEO fans! We’ve got a big t-bone steak of an update for you this week. WebmasterWorld’s administrator, engine, was kind enough to put together a “Best of 2016” thread which I’m dying to share.

If you know the caliber of discussion that happens on WebmasterWorld, then the idea of a “best-of” thread should already have you salivating. We also have threads about Google news, like Google’s new AdWords report about bad advertising practices.

On Cre8asiteforums, Kim and the gang have an eye-opening thread about Google’s new interstitial penalty.

Finally, I wrote up a little post on SEO Chat to help SEO newbies understand the difference between being indexed and ranking for keywords. Let’s dive in!

Top WebmasterWorld Discussions and News of 2016

Whatever your feelings are about 2016, negative or positive, it certainly brought a lot of change to the world. The world of SEO was no exception! WebmasterWorld admin engine’s list of top discussions from 2016 proves that it was an eventful year.

He’s broken it down to the top stories and discussions from every month, which is quite a feat! You can start in January with the very first announcement about AMP and go all the way to November, when it was revealed that publishers were giving “mixed reviews” to AMP’s progress.

Along the way, make sure to dip into great discussions like “Making Links Usable Again,” “I’m Tired of The ‘Is SEO Dead?’ Question,” and “The Problem With SEO ‘As Usual’.” If you ever wanted a textbook for advanced SEO…this is pretty close!

Here it is! This is the version of Chrome that Google has been warning about – if you have password or credit card forms and they’re still HTTP, Chrome 56 will mark them as “Not Secure.”

If you’ve ever taken a break from the SEO world, then you know how tricky it can be to get back in. Things change so quickly that if you aren’t following the daily or weekly updates, you can lose your edge in a hurry. In this SEO Chat thread, a new member is returning to the SEO world with a few questions.

“Their idea is that quantity is everything! However,” writes the member, “back when I was doing SEO the first time round, this was very much wrong!”

Basically, this member’s colleagues believe that to be successful in the world of YouTube, they need to post dozens of 10 – 20 second long videos which,

“…to put it politely, are absolutely terrible!!”

Senior SEO Chat members affirm that, yes, this is a bad idea!

Google had its hands full of spam and malware last year, it seems. Their recently released report about bad ads, practices, and actors indicates that

“…in 2016 Google took down 1.7 billion ads that broke its ad policies, which the company says was more than double that of 2015,” writes WebmasterWorld’s admin engine.

The report details the different kinds of bad ads and actors that were taken down, which is quite interesting. As engine puts it,

“It begs the question, are there more bad ads, or is Google getting better at catching them, or both?”

Surprisingly, click fraud in AdWords and AdSense was a topic that received no mention.

Pulling Your Hair Out Over Google and Demoting Pages With Interstitials

On Cre8asiteforums, some members are finding it difficult to convince clients to take Google’s interstitial penalty seriously. And even if you do take Google seriously, there are a lot of questions about when and how the penalty might be applied!

Cre8asiteforums member iamlost has some very interesting musings about how to test interstitials and how to analyze what they’re for and if they’re worth the annoyance. You can always find a technical discussion on Cre8asiteforums!

Up to 350,000 Fake Twitter Accounts Discovered in One Network

Twitter has a fake account problem. Researchers who study Twitter have known about that for a while, but they’ve only just now discovered the extent of the networks that fake accounts have created. These accounts are sometimes run by bots which are programmed to

“…that’s only 0.10% of the total number of Twitter accounts, if I don’t make mistake. However, I wonder how they managed to create that many accounts. I thought that now, you needed a phone number to open an account.”

Burner phones are one solution – and other members of WebmasterWorld write that, sometimes, you can link multiple accounts to the same number. Twitter is a useful tool, especially for journalists and artists. But if these bots are able to manipulate conversations and create a false impression of authority for certain users of the platform, Twitter’s value goes soaring out the window.

The Difference Between Being Indexed and Ranking

Oftentimes on SEO Chat, a newbie member will post that their site hasn’t been indexed. Sometimes they write that it has been months, and still not a single page has been indexed! But when I or a senior member do a simple “site:” search, we’ll find hundreds of pages turning up.

It’s a common mistake – they aren’t ranking, and they’re under the mistaken impression that they aren’t indexed either. You can find plenty of great resources for how to get indexed faster, as well as tips for link building and on-page SEO, in this thread! Tackle indexing and ranking as their own unique issues. As Ann writes,

“Crawl = spider links; Index = save in database; Rank = decide where to show in search results.”

This should make it easier for any Google AdWords users to get involved with Bing Ads! You can now import your Google AdWords campaigns right over to Bing Ads automatically.

This Threadwatch notice links to a WebmasterWorld discussion, where forum member buckworks has an important clarification:

“A word to the wise: in another thread, Ogletree [another member] cautioned us to be very careful with broad matches in AdWords-to-Bing transfers. On one of his keywords Bing wasted a painful amount of money with broad matching that was a lot broader than AdWords had been doing.”

Just like any other automated SEO tool – remember to step in and use your own experience and sense of context to be safe!

DuckDuckGo Reaches Past 10 Billion Searches – 4 Billion Were in 2016

The “plucky duck” search engine has hit another major milestone! As one of our Threadwatch members writes, it’s

Of course, Google claims to handle around 2 trillion searches every year. So DuckDuckGo still has a lot of catching up to do. But the increase in searches from 2015 to 2016 is still worth celebrating!