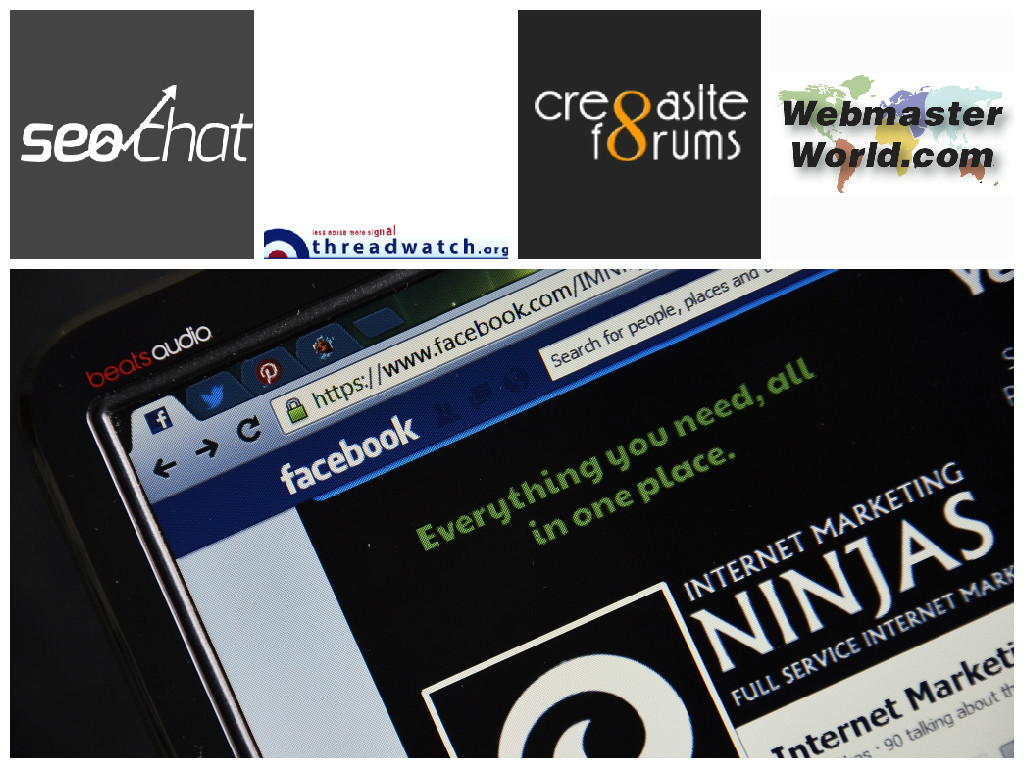 One of the biggest pieces of news this week is that Google updated their Webmaster Guidelines page. Some changes were subtle and others were quite loud.

Our communities have been discussing this as well as John Mueller’s response that title tags “are not the most critical part of a page,” in a recent webmaster hangout.

On Cre8asiteforums, user iamlost has a great summary of what has lead Twitter to its recent financial troubles, and on SEO Chat users had an interesting discussion about direct answers in SERPs.

Let’s get to the breakdown!

John Mueller: Title Tags “Not the Most Critical Part of a Page”

You may not be surprised at all to hear this from Mr. Mueller. As Robert Charlton says on WebmasterWorld,

“…John’s comment about keeping titles ‘short and to the point’ is completely consistent with the trends that some of us have been observing.”

But the issue isn’t whether title tags are “critical,” but whether or not they’ve been deprecated.

Charlton goes on to say that he’s “been seeing enough pages ranking with bad or missing title tags,” that it leads to this question. And besides that, this announcement has opened up old wounds about how much control Google has over your SERPs listings. WebmasterWorld user aristotle writes,

“Re-writing page titles is one of the worst things that Google does. The author of the article chooses the title that best conveys what the article is about, then Google’s algorithm changes it to something that’s less accurate, and sometimes even totally misleading.”

Check this thread out for a familiar debate with new facts and terms.

Specifically, about one billion dollars! Yowza! That figure was recently released in court documents for a case between Oracle and Google. It was almost buried by Google and Apple, but thankfully some journalists were able to get to it first and report it to the public.

Besides the flat fee, Google also pays Apple a revenue share of all ads clicked from Google SERPs. Certainly sheds a little light on how the biggest names in tech do business!

When the Only Inbound Links Come From Social Sites, What Do You Do?

Over on Cre8asiteforums, users are studying analytics data for “two very different local websites,” where the only inbound links come from a social network. User bobbb has some pragmatic advice:

“I know someone will reply do not put all your eggs in the same basket… Oh, and diversify. But if it works (for now) why fix it?”

Lots of great advice on analyzing traffic in relation to conversions and goals in this thread!

Direct Answers, the Knowledge Graph, and Their Impact on SEO

Since the Knowledge Graph was announced, SEOs have been wary of it. The potential exists, they say, for Google to steal traffic away from your site. Why would they click on a link if they can get their answer right in SERPs? B

ut on the other hand, a direct answer provides a link at the top of the SERPs… and Google says that whatever clicks you lose are negligible. Users of SEO Chat are debating what the real impact of direct answers are in this thread.

It’s a well-treaded discussion, but I haven’t seen it in quite a while – the focus lately has been more on Panda, Penguin, RankBrain, et. al. So it’s good to see this presented again with the latest information.

Facebook has been making some major bank with this network, and now it seems like a promising competitor to existing platforms. Give this thread a read and follow along as WebmasterWorld users test it out!

Google Has Updated Their Webmaster Guidelines

Surprisingly, the quality guidelines have been barely touched. But the Webmaster Guidelines received a slew of changes to make them more current for the state of SEO in 2016.

Of particular interest are the many changes to how Google says it handles images, alt text, and sitemaps. Check out Threadwatch for the details!

User iamlost shares a great article by Olivier Blanchard about the current state of Twitter. As iamlost summarizes it,

“If you’ve gone through a company ‘near death experience’… you have training aka experience to guide you the next time; if not, you need to step back, take a deep breath, and get back to basics… The thrashing Twitter aka Twitter’s CEO is doing is hastening its death…”

It’s true that Twitter is making many changes – some of them very superficial seeming. Is this the beginning of the end? How can Twitter correct their course?

Problems With Rankings? We’ve All Had ‘Em

Sometimes a commonly asked question results in a thread bursting with expertise. That’s what happened here when a user asked for help on SEO Chat.

User adenphoto undertook a total rebranding of their online presence recently. They used to do quite well, and would like to reach their previous heights. One of SEO Chat’s moderators, ThomasHarvey, has some on-page SEO advice that everyone approaching a rebrand can learn from.