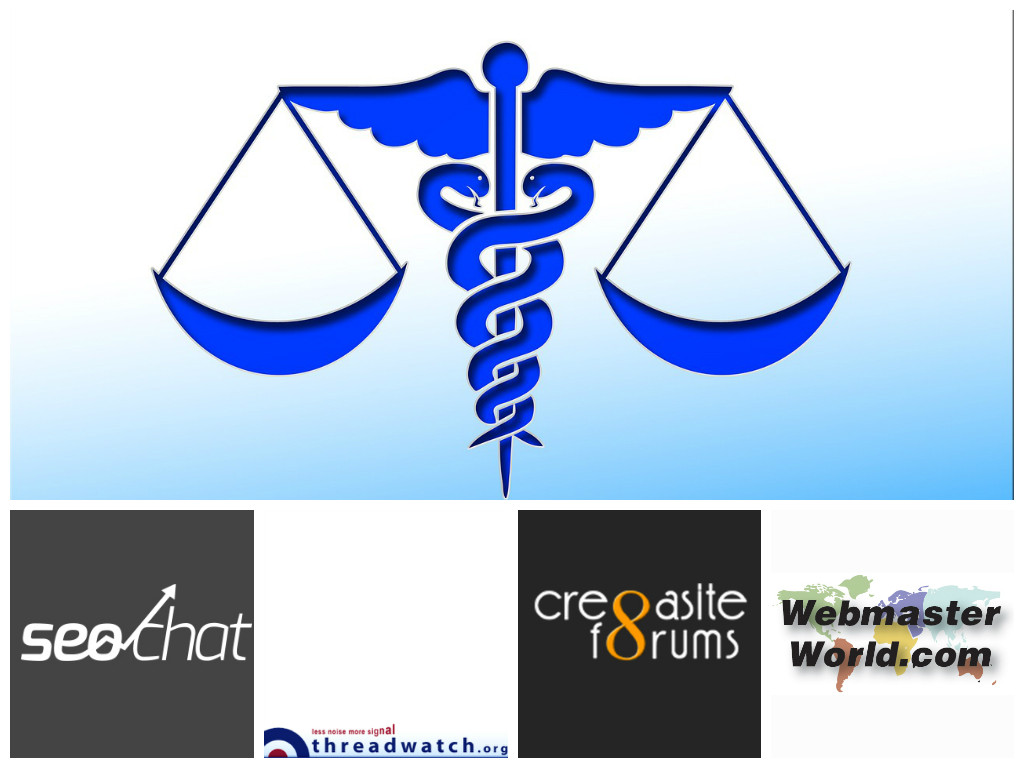 Sometimes our communities want to let their hair down and talk about the darker sides of SEO. What they are, how to recognize them, and what effect they can have on a site.

This week several of our discussions focused on things like negative SEO campaigns and how they work or what to do when someone is scraping your content. We’ve also got discussions on structured data and nofollow links, too! Take a look and join in the discussion today!

What is the “Legal” Definition of Negative SEO?

A user on WebmasterWorld has been “researching the legality (UK and US) of negative SEO and possible implications to the relevant parties.”

What they’ve found is that Internet lawyers across the board have a “complete lack of [a] fixed definition or even agreement on what the term means.”

That is, what one lawyer considers to be negative SEO, another might call just a risk of the business. What’s more, even proving that negative SEO has happened is difficult, as user netmeg says:

A fascinating conversation that doesn’t come up often!

What is the Legal Definition of Negative SEO?Click To Tweet

Fathom has been dealing with someone who scraped his content and published it without even bothering to remove internal links. For some users, that sounds horrible. But, as user dzine says,

“I’d be happy to have some of my websites scraped ;)”

So which is it – an honor or a horror to be imitated?

Do you know the difference? A new user has been working with schema markup tags and now is hearing about “this Highlighter tool and its benefits.”

If you were ever wondering, user viseohal has a wonderful explanation of how the two compare! Basically, it’s about options and whether you want manual control of your site or are willing to save time with a slightly less powerful tool. Take a look and share your experiences!

When to Apply Nofollow or Leave A Link Alone

Some links are so rotten that they deserve a slap in the face that leaves a big ol’ “nofollow” imprint in their cheeks. But when you’re starved for links maybe you tell yourself,

That’s not always so – and the users of Cre8asiteforums will tell you why in this thread.

Would you reject a link if it's a nofollow link?Click To Tweet

More Demands in the Quest to be Forgotten

We work in SEO for long enough and maybe we forget that Google is a business entity with concerns other than just Webmasters. The fight for the right to be forgotten, where consumers and legal entities are asserting individual rights to be removed from Google’s index, is still raging in Europe.

A Threadwatch reporter has a source that says the UK is challenging Google on the issue once again. It seems like Google has been making reference to “forgotten” people in the electronic paperwork they use to take them out of the index…in other words, no one is ever “truly forgotten.” Perhaps that will change soon?

It’s been a rough couple of weeks for Adobe Flash. First Firefox and Chrome, and now Amazon are pulling the plug on Flash support. As of September 1st, Flash ads will no longer be accepted by Amazon. They cite the lack of support from several big name browsers as the reason why.

“Many people say ‘good riddance’ to Flash – does it have any saving graces whatsoever?”

Cre8asiteforums is 17 Years Old! Celebrate With Them!

If web forums were trees and their age determined their size and prestige, Cre8asiteforums would be a proud California redwood!

The wizards of Cre8asiteforums have been supplying great tips and Nostradamus-like predictions for the face of SEO and UX since they first convened. But these are wizards of the people!

And you can be a member, too, if you like. It’s certainly never going to be too late the way they continue to grow and improve.