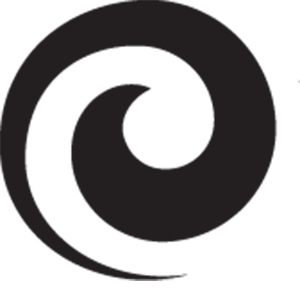 Sad news this week: we heard through a senior member of SEO Chat that one of our dearest and longest standing members, Fathom, has passed away.

We’ve all been remembering him in our own way. News is flowing in from other parts of the world, too, and our communities are slowly moving forward.

You can find a thread below to share memories of Fathom, and along with them some of our weekly news highlights.

Here’s a thread on SEO Chat where you can share stories about Fathom. He was a titan of SEO Chat and WebmasterWorld, among countless other communities.

I got to spend a year moderating and working on SEO Chat with him, and I’m grateful to have even that short time. I think that I learned the most, and the best, from him. And I know I’m not alone on that. We will always remember his incredible generosity and his larger-than-life personality.

French Media Takes a Stance on Adblockers – No Ads, No Access

Forbes and now the New York Times in America have been taking hard stances against ad blocking. Now, in France, media companies and publishers are making their own stand. Along with media streaming service Deezer, their message is

“that users with adblockers will lose access unless the adblockers are removed or disabled.”

“If you rely on advertising as a revenue stream you have to sympathise. If you’re an advertiser you’re also going to want this stance to succeed.”

But, as he also writes, ad blocking serves visitors two important purposes: it blocks the most annoying, bandwidth hogging ads and it also protects them from potential malware injections. It’s a complicated issue, and users of WebmasterWorld have many stances. Give this thread a read!

The moderators of WebmasterWorld have started a weekly opinion series, and this is the first article! “Just how accurate is the data we are getting from Google these days?” asks IanTurner.

“From what I am seeing in Google Analytics, Adsense, and SERPs – not very accurate at all would be the answer.”

“Is Google falling apart or imploding? No, far from it, but if you look closely at the data…you will probably find a few frayed and unraveling edges,” concludes IanTurner. User 7_Driver diagnoses the data problems as symptoms: “I think this is a symptom of Google’s attitude to webmasters – which is, that by and large, they don’t give a damn.”

What do you think? Have you noticed any problems with Google data?

What’s The Real Impact of the Google AdWords Shakeup?

Google removed all ads from the right side of the SERPs recently. The reduction in total ads served had many webmasters predicting a catastrophe. But some of the data coming in seems to indicate that it was more of a Mobilegeddon – a whole lot to do about nothing.

One of our Threadwatch users has compiled a few different threads analyzing the impact. According to an article by Larry Kim of WordStream,

“CTR is up, CPC is static, traffic is steady, and impressions are down.”

It’s the loss of impressions that have a user on WebmasterWorld worried – according to them, it’s made gathering data a lot more difficult…and expensive.

Traditionally, advertisers have been able to tell Bing exactly what text they want underneath their ad listings. Now, though, Bing is pulling different text from the page and from meta data instead.

Advertisers rely on their carefully crafted copy to generate clicks and conversions. Why would Bing test alternative text? This appears to be just a test for now, nothing sweeping – so no need to panic yet. But if you want to follow the story, check it out on Threadwatch.

Our Weekly Must-Read: Get Out of the SEO Box!

Have you checked out WebmasterWorld user iamlost’s post about “SEO as usual” yet? No? Well why not?! The original posts and the expert discussion following it are a must-read for anyone interested in SEO and online advertising.

And I’ll preach its virtues until the cows come home!

Here’s a tricky problem from a Cre8asiteforums poster. They upgraded their site to HTTPS, but that seems to have caused some crawling and sitemap issues. Switching to HTTPS is becoming more and more common as Google and other organizations recommend it.

And as more people attempt the process, naturally more errors are reported. But the more we learn, the more we attempt, and the more we share – the more likely this is to become a smooth-as-butter process in good time!

Subscribe to weekly search and social news on Flipboard