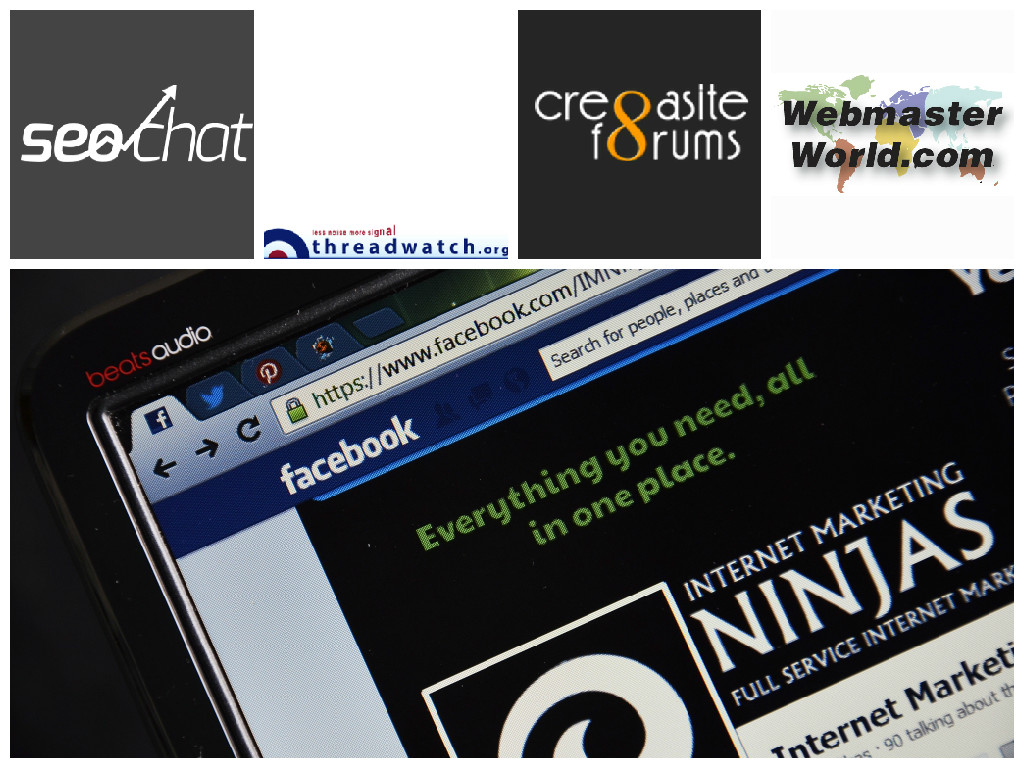 Happy New Year! We took a short break for the holiday season, but now we’re back! Between stuffing their faces with turkey, spending time with family, and kicking their feet up, our users have been posting plenty of awesome threads to start 2016 with a bang.

The big news in social media is that Twitter wants to increase their character limit.

We’ll share a great WebmasterWorld thread about that, as well as other updates from Threadwatch, SEO Chat, and Cre8asiteforums. As always, our communities are discussing a wide variety of topics.

Your Site Deserves Bad Rankings If…

We all believe that our websites deserve the best. You expect to get returns out of the time, sweat, and money you invest! But sometimes when a webmaster drops the ball, you can’t help but think that they were just asking for trouble. In this thread from WebmasterWorld, users are talking about bad habits that lead to disaster, and how you should see it coming. In particular, there’s an interesting debate about when to update your copyright or “last updated” footer.

“…Webmasters that can’t keep their copyright up to date tend to skip other maintenance,” writes user goodroi.

Of course, there are multiple ways to keep your copyright information current. User iamlost cautions that changing “2015” to “2016” manually is probably the worst:

“…a case can be made…that a scraper site showing a prior year is actually the original and the original is the infringer.”

So it’s not just about keeping a site updated…it’s about how you keep it updated, too.

Microsoft seems to be following through on its promise to go “all in on search,” so far. Bing accounts for about 20% of organic traffic and, beginning last weekend, they power AOL search on all devices as well.

“This, along with its ads which appear on 51% of Yahoo results on desktops, make Bing responsible for about [a third] of desktop searches,” writes a Threadwatch reporter.

Over the course of last year another rising star, Duck Duck Go, saw its average of 7.7 million daily searches increase to 10.8 million. That’s major growth for the plucky little duck!

How Does Google Understand Images?

An SEO Chat moderator is leading a discussion about new image optimization practices that could come into play with Google this year. Back in September of 2014, Google’s research blog published a post about ImageNet, a

It yielded some interesting results. How long before Google can read images as well as it can text?

User iamlost wrote this post about Search Engine Land’s top 10 stories of the year. In iamlost’s opinion, a majority of the “big” news stories turned out to be nothing more than fluff! User EGOL adds that

“If any of the regular posters on this forum wrote an article that gave detailed, complete, nitty-gritty instructions for our best money-making method… I am betting that it would only be read thoroughly by a tiny percentage of the people who clicked it… People consume prattle like Kool Aid. They don’t like to think hard.”

We’re not talking about a small extension either! Twitter wants to increase its character limit to a mind-boggling 10,000 characters. Why would they do such a thing? Users on WebmasterWorld speculate that a lot of it could have to do with the shareholders.

“This is the first step in a bigger move towards being a content provider,” writes user JS_Harris. “140 characters is too little to gain much traction as a valuable URL from a search engine point of view… Perhaps Twitter feels they don’t have a choice?”

Is Adsense a Dead Horse?

“Adsense is dead” is almost as common a sentiment as “SEO is dead” in the SEO world. Here’s some reading from Threadwatch to prove that Adsense is still alive and kicking. When it comes to advertising, there are lots of different options to choose from. Each one has its own benefits and shortcomings.

To act as if Adsense is the only choice – and moan that it is not even a good choice anymore – is to ignore the field of alternatives. The notion that Adsense is dying is, “just a matter of perspective, not fact, for many.” Such an opinion may also be based in a lack of hard data. Give this one a read!

Does Google Penalize for Pop-Ups?

Here’s a tricky question from a user of SEO Chat. Google does penalize for some pop-ups this year. They recently announced that they would be removing the “mobile friendly” tag from some offending URLs on mobile devices. If you’ve got interstitials that cover up a majority of a page’s content, you might want to look into this thread. What about other kinds of pop-ups? Chedders provides an interesting example:

“I would love to think there is a massive downside to popups… However Google have to be careful here of double standards. Youtube for example very often forces the user into watching an advert before viewing content they wanted.”

Some pop-ups and interstitials may be safe – but it depends on how they’re used.

Is your New Year’s resolution to read more books? Then start with this thread! Users on Cre8asiteforums are sharing business books that inspired them. If you read a great book this year, register an account and add to our list!