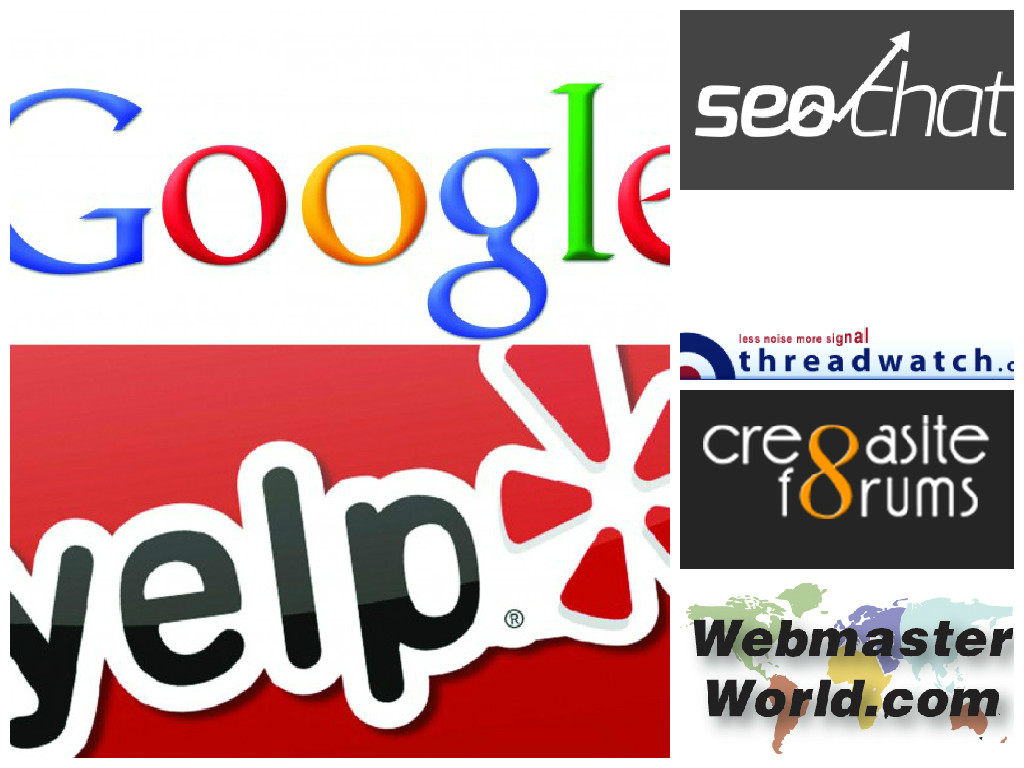 Welcome back to another community round-up! It was a busy week in the SEO community with two big news stories.

It’s important to note that those are two different stories – Panda has not been updated. Yet.

Besides discussion about the core algorithm and Panda, we’ve got some great tips about mobile optimization, URL structure, and more from our communities! Let’s take a look!

The 140 character limit is something that makes Twitter unique. Users have sometimes protested that they’d like to see an increase to 150 or 160, but it came as a complete surprise when Twitter announced that it would be expanding to 10,000 characters.

The reaction, using the hashtag #Twitter10k, was swift – nobody seemed to like the idea. Social media and business experts speculate that it probably has something to do with Twitter’s business model. It may also have something to do with a desire to compete with Facebook. Head on over to Threadwatch for the details!

Remember, this algorithm update is not the same thing as Panda being added to the core algorithm. Panda hasn’t been updated – but the core algorithm has. Right now, users on WebmasterWorld are analyzing their sites and trying to figure out what changes were made.

Some users wonder if Rankbrain had anything to do with it. Several news sources are reporting that it may have something to do with brand keywords. Still others have thrown their hands up.

“…it’s best not to pay attention to any Google updates,” writes user Babadook. “Even if you knew what it was,  you couldn’t do anything to change it…Do what you want to do.” What do you think?

Panda hasn’t been updated, but it is part of the core ranking algorithm now. What does that mean? Well… it’s difficult to say at this early stage.

It might mean that Panda updates come quicker and unannounced, the same as other core algorithm updates. Panda is not real-time yet, even though you may have heard a rumor that it is. Get the details and some helpful links from Threadwatch!

How to Optimize for Mobile Devices

In the rush to make everything “mobile-friendly,” have you ever really sat down to think about what that means and why you should do it? The users of Cre8asiteforums are doing just that in this thread!

“Are marketing decisions based on device now,” asks Kim Krause-Berg.

“The fact is there are huge differences in context and accessibility, and in the ways people often use these devices. That means that conversions are often hugely affected by the device used…”

Definitely give this thread a read!

On SEO Chat a user wonders if there is a difference between a URL with a trailing backslash and one without in the canonical tag.

“The bottom line is, it doesn’t matter in most cases but it may cause errors with some web servers…” writes Ann Smarty.

Other users confirm that while it matters in some cases, it generally does not. Give this thread a read for the full specifics, which SEO Chatters love to debate about!

We all know that if Google doesn’t agree with your meta description, they’ll often substitute their own. Does that mean that description tags are meaningless? Should we allow Google to do all the heavy lifting? EGOL of Cre8asiteforums writes that no,

“The description tag is very important in my opinion…it is a good bet that Google will use it at least part of the time.” User iamlost writes that it is “even critical to organic search traffic.”

And what about in Bing and Yahoo? Users give tips and discuss the whole issue in this thread!

Users on WebmasterWorld noticed an interesting phenomenon in Google SERPs back on the 9th of January. When user Hobbs limited their search results to “last 24 hours,” they say that

“All, repeat ALL results redirected to one single P0rn Site… and from there redirect[ed] again to multiple other same genre sites.”

What gives? Was Google really redirecting all of the links in SERPs to spammy sites? Did this strange hiccup have anything to do with the recent core algorithm update? Join WebmasterWorld and follow the investigation!

Please subscribe to our Flipboard magazine to monitor the industry news: