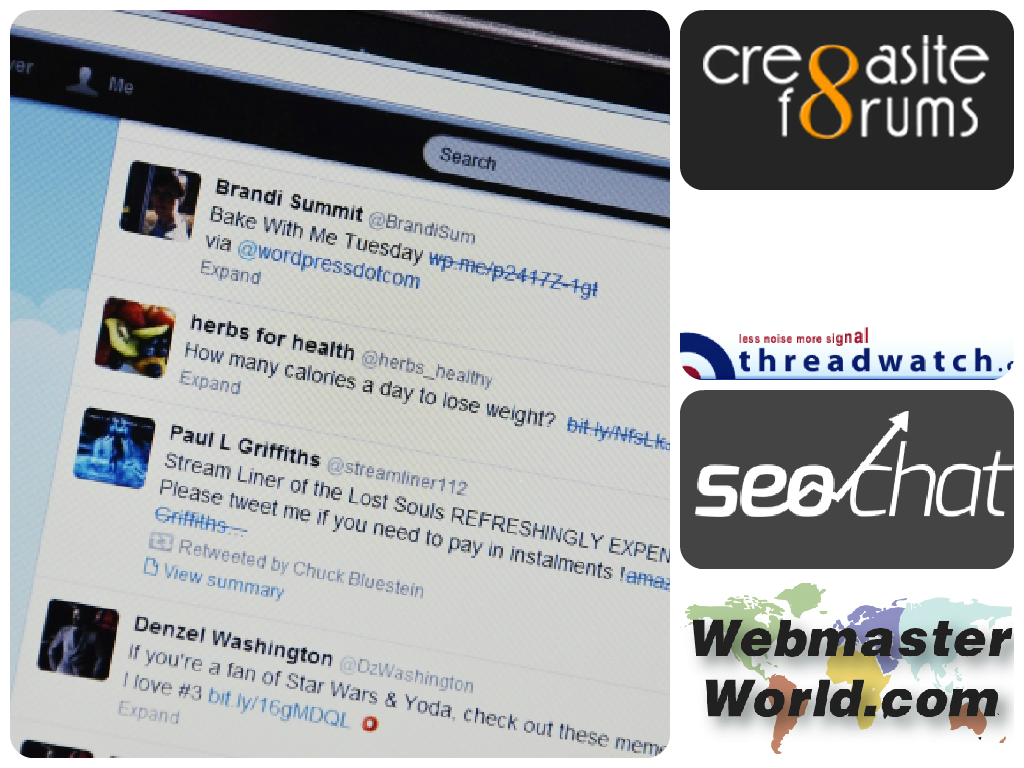 This week the communities have an eclectic bevy of topics that they’ve been discussing.

From the benefits of bad reviews on Yelp to the difference between mobile and responsive, to a retrospective on Yahoo directory, you can always count on the communities to find something new and exciting to talk about.

Even though they’re widely derided for the practice, it’s not just Buzzfeed that thrives on clickbait anymore. CNN, BBC, and other well established news organizations get a lot of mileage out of them, too. Some online magazines even pay their writers based on clicks. Slant, according to one article, pays $5 for every 500 clicks to a story.

So the incentive for writers to blow things out of proportion and sensationalize the news is strong.

“Whenever someone shares a story on Facebook, I’ve learned to look for the source first. More and more news websites are slanted and opinionated, which is not how the journalism I was taught was ever allowed,” writes Kim Krause-Berg.

Many of the Cre8asiteforums regulars are tired of “deceptive” headlines designed to get clicks. What do you think? Do you use “clickbait” headlines as well?

Do you use “clickbait” headlines

Cre8asiteforums user optisite has spotted some strange behavior from Yahoo Directory. Is it theft if Yahoo charges without asking to keep your listings up?

And users are also having a debate over how useful the directory is these days.

“I remember a long time ago I had registered 2 domains with Yahoo…and then one year they wanted twice or more than anyone else…They shot their toes off,” writes user bobbb.

Have you ever had a similar experience with Yahoo?

67% of Consumers Read Your Reviews: “Good” is Good…But a Little “Bad” is Great!

A Threadwatch reporter found a recent study by Moz which states that over two thirds of consumers say that online reviews influence their purchasing decisions. Nearly a quarter of them are turned away from products after reading just a single negative article or review.

But on Yelp, bad reviews might have some small benefits –

“[Yelp users] are suspicious of censorship for products with no negative reviews, so it is actually good to have a few.”

There are plenty of other ways to turn negative reviews to your benefit though – take a look!

Google and Twitter are teaming up again to bring a unique content creation service to the web.

Select publishers will join them to give users “instant articles,” which is a fancy way of saying that mobile users will get their articles served immediately, without having to wait a few seconds while they load. Basically, readers will be given cached pages.

That means no traffic for the publishers, but they do get to keep all of the ad revenue they make through those pages.

John Mueller expressed an interest in making scheme and structured data a part of their ranking algorithm recently.

Many are saying that it would be a good move for ecommerce websites and the web in general. Schema and structured data already see wide usage, so it could provide benefits to many Webmasters, too.

It’s just a rumor for now…but that doesn’t mean we can’t have fun speculating about it.

Google SEO: Time to Retire the Keyword from Site Architecture?

Another classic Martini Buster post from WebmasterWorld! In this one users are debating the question,

“Are keyword phrases still useful for site architecture?” As martinibuster says, “…the more I think about it the more this tactic…resembles spam. The tactic I’m referring to is the one of creating a keyword pyramid with the big traffic keyword at the home page… and longer keyword phrases… located several clicks away.”

Are keyword phrases still useful for site architecture?Click To Tweet

For many, this tactic has been the building block of their SEO strategy for years. User tangor agrees that it’s time for it to hit the road:

“This old hat SEO ‘near-myth’… has ruined or complicated the commonsense layout of site hierarchy for at least a decade and a half, if not longer.”

This is an especially busy threads with lots of different opinions.

Are you ready? September 30th is the launch date for 30 countries including Italy, Spain, Mexico, Italy, and others. In addition to the ad campaigns, Instagram is also launching a host of advertiser-friendly tools for you to play around with.

There’s an interesting thread on SEO Chat, as well, where users are discussing how Instagram works out its “top posts.”

A Twitter parody account in Peoria settled a lawsuit with the mayor of that city, in which the city will pay the owner of the parody account $125,000 for falsely arresting him.

Parody accounts on Twitter post funny pictures and sometimes mock public officials by pretending to actually be them. In this case, the parody account was of the mayor of Peoria and included a link to a government website.

“He had his house raided, and he was arrested for ‘impersonating a public official.’ Applying that to someone who parodied a public official on Twitter seems to be a fairly clear abuse of power,” writes WebmasterWorld user graeme_p.

The internet is a complex place these days, especially when the law gets involved.

The bright minds of SEO Chat are discussing everything about video SEO in this thread!

Ann Smarty, Fathom, ThomasHarvey, and others debate whether it’s wiser to host videos on your own site or use Youtube, how to organize ecommerce product videos when products are out of stock, and what schema markups to use for your videos.

It might sound like an obvious question – but do you know the difference between “mobile” and “responsive”? Many users of SEO Chat seem to prefer responsive websites as a “do-it-all” wonder cure, but mobile websites can work too, in a pinch.

Join them for a discussion about which format is best for different types of websites!

Subscribe to our Flipboard magazine: We curate industry news there weekly!