Let’s take a break from Panda this week and explore other changes happening in Google, SEO, and Social Media. In particular, Google’s snippets have been doing some strange things lately that caught the interest of our communities.

We’ve also got a great discussion about link equity with SEO Chat expert Fathom, and some thoughts about Twitter and paid links on Threadwatch.

In the first SERP change, a user on Cre8asiteforums noticed that “a bulleted list of products available at an e-commerce site” was showing up for them in SERPs. Grumpus explained,

“It is interesting to see them doing this, but it’s not all that surprising. Google is quite capable of figuring out what elements mean what and do what… That said, this is almost certainly coming from a product feed.”

Word around the rumor mill is that Google is planning on adding buy buttons and more to SERPs, so that you don’t have to follow any links to place orders. Could this be a card from Google’s hand that was accidentally revealed in testing?

Originally shared by Darren DeMatas on Google Plus, it seems like some snippets are growing in length. More than just a quick glance at a page, these extended snippets are paragraphs that almost summarize a page to the point where you wouldn’t need to visit it.

On the page, according to DeMatas, it looks like the webmasters wanted “to try to make it a step-by-step knowledge graph.” Have you seen anything similar? And what does it mean for the future of Google SERPs? 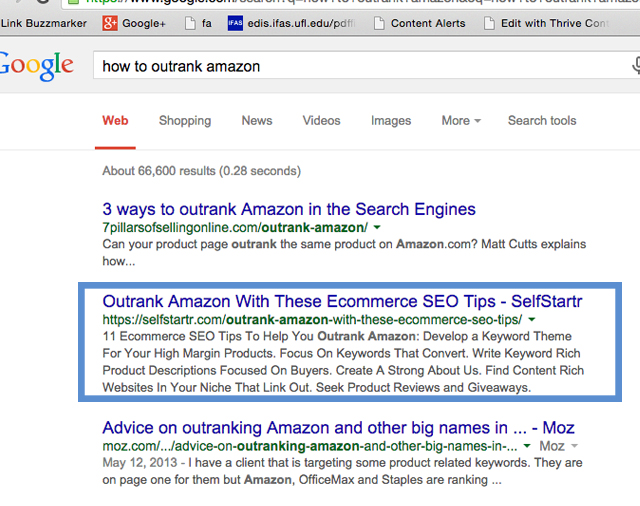 Kim Krause Berg found an interesting article that explains the difference in how Facebook and Youtube define a “view.” For Facebook, a video is counted as being viewed after around 3 seconds.

Meanwhile, on Youtube, a “view” is determined by analyzing the point at which it appears users separate into “click-away” types and “engaged with the video” types. User iamlost believes that it’s about time this knowledge was drilled into the heads of marketers! Take a look!

New “Do Not Track” (DNT) Standard Announced by EFF and Coalition

You’ve probably heard by now that you’re being watched on the Internet. Advertisers, the NSA, who knows who else – it’s not uncommon for activity to be tracked.

Well, a new standard announced by the Electronic Frontier Foundation and a group of businesses means that hopefully you’ll have the ability to brush those followers off your trail if you so choose. According to an article linked on WebmasterWorld,

“…coupled with privacy software, [the standard] will better protect users from sites that try to secretly follow and record [your] Internet activity, and incentivize advertisers and data collection companies to respect a user’s choice not to be tracked online.”

One of our newer users has decided to study more about links – how is juice and PR passed between them? What effect do certain redirects have on link equity? How can you trace a link’s value?

SEO Chat senior member Fathom has a TON of great information in this thread, answering all kinds of questions and demystifying the basics of links. This one’s a must-read!

A Threadwatch member recently posted about an experiment run by Rand Fishkin. A week or so ago, Fishkin added the word “feminist” to his Twitter bio without any fanfare or announcement. Since then, harassment has picked up and he’s had to block users from his timeline. Twitter has a history of acting as a conduit for harassment.

An Obsession With Paid Links

In this Threadwatch item, a member asks

“How do you structure your backlink profile and balance short vs long term risk?”

How do you structure your backlink profile and balance short vs long term risk?Click To Tweet

The issue at hand is that some webmasters seem to think that paid links are the only kind of links to be gained. But many experts will tell you – those links show results but also carry lots of risk! Natural links are harder to get, but are safer in the long term.

So balancing one’s profile isn’t always an easy task. Join the discussion and share some tips if you have any!

On Cre8asiteforums, users are discussing how Google was caught showing “sponsored” businesses on top of SERPs in San Francisco. As the thread title suggests – this is nothing short of a pay-to-win system. “…two of those ‘qualified, trusted, and experienced’ plumbers have ‘no ratings,'” comments user EGOL.

“I wonder if I could get a photo of a hamster in those sponsored results?”

The history of Google’s relationship with paid rankings stretches to Thumbtack and beyond – and much of it is put into context by the longtime members of Cre8asiteforums. Take a look – this could be a clear, albeit frightening, crystal ball of a thread.