Would Your Mobile Sales Double & Your Strategy Change Radically If You Heard This Advice?

7 Lessons I Learned At The Jerusalem BNF‘s Event: How Apps Can Grow Your Business

A LOT depends on knowing your audience. This manifested in a variety of interesting ways:

1. “Finding out that Windows Phone is #2 in certain countries, behind only Android,” was a huge insight for Marna Becker of recruiting & HR shop Sikoor. Imagine launching a campaign targeting only iOS in such a country – you’d be missing a lot of the traffic.

“I got the impression that Windows Phone is really up and coming,” said Becker.

Windows Phone is obviously trending up in usage numbers, but take the news with a grain of salt since one of the panelists was from Nokia (now Windows Phone) and another was a Windows partner, so their enthusiasm is greater than that of the general market. 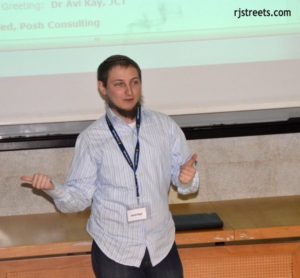 2. In many developing countries you need to rely on direct carrier billing to charge users. That’s when the telecom network bills its user for purchases made on their mobile, rather than them having to use a credit card. In developing countries, this usually is done because the local payment industry is not so developed, so few people have credit cards and even fewer trust merchants to charge them honestly.

This lesson is relevant especially where the economy and mobile are growing, but the payment biz is still, as we say in Israel, balagan. If you want to monetize in Africa and lots of Asia (e.g. India), you’ll need to cut deals with local carriers.

3. Varying screen sizes are very significant for video. What resolution do you need to shoot your video in? Do you have to shoot in top resolution and then reduce quality for smaller screens? Answering all these questions would take some posts of their own, but the point is that you need to consider screen size if you’re using video.

4. Where can you learn about the competition and the audience? There are a variety of apps the expert panelists recommended, such as Flurry and App Annie, though one I personally have gotten great benefit from appFigures was somehow overlooked. AppFigures lets you see reviews for competitors’ apps, getting a feel for what is liked and disliked, to better inform your own product development.

5. You don’t need your own mobile app to participate in mobile! It was quite “anticlimactic to hear that for some, a site is quite enough,” said David Greenberg, a local translator and WordPress aficionado.

And you don’t necessarily even need a mobile site! As the panelists pointed out during Q&A, you can instead surf on the platforms of others, much like millions of business relied on the Yellow Pages, newspapers and radio once upon a time. You can add a pin to Waze’s app, create your business page on Facebook mobile, tweet, and generally just be present in third party mobile platforms.

You’ll obviously have to learn how to convert in someone else’s app/website – a volatile proposition in the long term – but it makes mobile cheaper and therefore more accessible to a wide range of businesses. You can start there and develop a mobile site or app later on.

6. To get into the iOS app store, you need to have an application, i.e. not just an appified version of your site (that’s ok for Android it seems). There has to be some form of interaction, that goes beyond ordinary website functionality. This is part of Apple’s generally higher standards and focus on quality, as opposed to Android’s focus on quantity that results in some spam and generally garbage apps (e.g. I saw one that was a list of links) appearing in the Android store.

7. User interfaces are radically transforming towards the direction of “Natural User Interface,” or NUI. Windows Phone 8 has software development kits (SDKs) and application programming interfaces (APIs) for interacting with the phone’s (or tablet’s or pc’s) sensors, which facilitate taking what we mostly know as Xbox Kinect (like Wii’s nunchucks) and giving it wider application, for example in hospitals, where Posh Consulting and some large Israeli hospitals are innovating rapidly.

Another example was dog collars to tell if a dog is sick based on the collar-attached-sensor’s detection of motion. E.g. if Fido is rolling over and playing dead, it may not be a game. Obviously that’s great for pet owners as it helps them understand what’s going on. Another interesting use described was for car owners to use hand gestures to pick and choose car specs, e.g. retractable roof, mags, paint etc and see the model change in front of their eyes.

While Israel’s startup scene is known to center around Tel Aviv, this event showed that Jerusalem is taking leaps and bounds towards becoming a tech hub as well. I had the privilege to learn some remarkable things about apps that went far beyond the event’s plain-vanilla description. Mobile marketers who absorb these ideas and integrate them into their strategy can realize potentially revolutionary growth.