INTERVIEW: A ‘Look Back’ With Jill Whalen 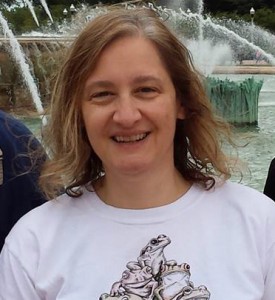 Several weeks ago, SEO pioneer, Jill Whalen, rocked the industry with the announcement of her retirement from SEO. With 18 years of professional SEO consulting under her belt, Jill has witnessed an ever evolving community turn into a multi-billion dollar industry. Through it all, she remained a staunch critic of manipulative behavior, and championed quality content long before the term “content marketing” even existed.

I have always believed that you can’t understand the future of a given topic with out first understanding it’s past. Therefore, I thought it would be smart to reach out to Jill, to see if we could get a glimpse of the industry through her experience.

JOE: What year did you start in SEO?

JOE: What was your main motivation back then? Ranking your own sites? Helping others? Learning about search engines?

At first the motivation was simply to bring more traffic to the parenting website I had back then. By ’95 however, I was optimizing client sites as well as educating others on how to do it. ​​

JOE: It seems as if back when SEO first started forums were where most of the SEO community talked, now it seems like social media has become a popular place for the “new generation”. Do you think this change is a positive one? How do you think it has changed the community?

JILL: Actually, when SEO first started as far as I know, there weren’t even forums! The discussions took place mostly in email lists such as John Audette‘s i-Search (and it’s precursors). ​​(You may recognize the Audette name from Adam Audette, who is John’s son.)

Forums definitely came next as email lists were too cumbersome. People would email in their questions and answers and the moderator of the lists would have to sift through everything and post them to the list by hand. It’s kind of funny to think about now!

While social media and blogs are definitely places that the newer generations of SEO become educated, I don’t think that forums are totally dead. (I’m sure your boss, Jim Boykin, would agree or he probably wouldn’t have shelled out so much money to buy most of them up!) That said, I think there’s a place for all avenues (forums, blogs and social media) to learn about and discuss SEO.

Regarding social media changing the SEO community, yes, it’s definitely changed it–in a better way. When we only had forums we had many separate, isolated communities. Most of which never interacted with each other, and in many cases never agreed with each other. For instance, I remember reading stuff on the WebmasterWorld Forums way back in the day, and seriously not understanding a word they were saying. And I was highly successful with all the SEO I was doing for my clients at the time. But it was really just different approaches. I could never have done SEO the way the other forums (pretty much any besides my own High Rankings Forum) were espousing. More so than not understanding it, I simply didn’t agree with them. It always seemed to me that the other forums were mainly focused on short term results where I was always focused on long-term results.

But today, with social media (and this really started…at least for me…with ThreadWatch), the various SEO groups have sort of merged. ThreadWatch had opened up a whole new SEO world for me because not only did I get to know other SEOs whom I may otherwise never have interacted with, but they also got to know me. This continued with Sphinn, and now today via Twitter, Facebook and Google+. To me, that’s the most positive aspect of SEO education having moved in the direction of social media. I think it’s also helped to bring long-term SEO strategies to the forefront as opposed to silly SEO tricks.

JOE: A​s long as I have been involved in SEO, Google has had a weird relationship with SEOs. On one hand it seems like they understand the value in having a community of consultants, and on the other it seems that they have a vested interest in those consultants not manipulating their product. Has this odd relationship always existed? Or was there ever a time when Google either outright loved, or hated SEOs?

​JILL: Google has never ever liked SEO or SEOs. They felt that they were unnecessary a​s their algorithms should be able to determine the most relevant sites without any help. This was true in 1995 and it’s true today. That said, I do believe that Matt Cutts from Google has a good relationship with SEOs and if it wasn’t for him (and perhaps Vanessa Fox when she worked for them) we’d never have as much info from them as we do now. Overall, however, I believe that pretty much everything Google does or gives when it comes to SEO has an ulterior motive.  On the other hand, who could blame them. Most SEO (traditional old-fashioned SEO that is) was done to subvert their algorithms.

JOE: You mentioned in your blog post about retiring that with Panda and Penguin, Google has finally started valuing “good content” and the user’s needs, and as such you felt your “work here is done”.  I have long been curious what took Google so long to implement these changes, and why did they do it when they did. Do you have any thoughts on that?

JILL: Yes, I never understood what took them so long either. You may recall my “Dear Google” letter where I was completely fed up and disgusted with how they were basically making a liar out of me. My SEO teachings were​​ always geared toward making your site be the best it can be for your users while keeping the search engines in mind. However, with the overly high weighting Google was giving to contrived anchor text that could only be gotten through “unnatural” means, they were single-handedly ruining not only their own search engine, but the Internet as a whole. I had expressed my thoughts on why they would want their search results to “suck just enough” at one point as well. Although I did hear Matt Cutts say during his recent keynote at Pubcon that Google had been working for a long time to clean up the results before they actually put it into practice.

JOE: Despite the fact that Panda and Penguin makes the web a better place, they have drastically changed the SEO industry. What do you think will be the next big game changer to SEO?

JILL: I generally don’t try to predict the future of SEO. But overall, the changes to SEO will involve what it always should have involved–it not being a discipline in and of itself. SEO doesn’t operate in a vacuum. You can no longer just “SEO a site.” It’s way to0 complicated for that. And that’s only going to continue.

JOE: SEO is becoming much more mainstream every year. We now have in house SEOs at most major brands, and large companies. We have massive conferences, and even a professional association. Do you think this mainstream growth has been good for the community? Or do you think some of the industry’s mojo has been lost?

JILL: Hmm…good question. I’m not really sure. When I think about it though, it is possible that what you’re saying in terms of lost mojo may certainly have contributed to my getting bored with it. It’s certainly not as exciting as it once was because there’s no longer anything to figure out!​​

JOE: Looking back on your career in SEO, do you have any regrets? Anything you would have done differently?

​JILL: Not so much in terms of my SEO work. However, to a certain extent I regret how mean I may have come across online at times (back in the old days) to people who I didn’t agree with. ​To a certain extent I felt that it was necessary to be harsh for both shock value and in order to get my point across, and perhaps it was. Today, however, I’d like to think I’ve matured a little bit (at age 52!) and would be at least a wee bit more respectful of others! (Joe, you’ve mostly only known the “nice” me I’m sure!)

JOE: For young people wanting a career in this industry, what are some tips you could give them?

JILL: Learn all of marketing. Learn lots about usability. ​​Learn especially about website architecture. And most of all, don’t think of SEO as a means to an end. You’re not doing SEO to get rankings. You’re doing SEO to make your site be the best it can be for all concerned. When you do that right, Google can’t help but to show your site for relevant search queries!

JOE: What’s next for Jill Whalen?

​JILL: Right now, I don’ know! You mentioned retirement somewhere, but I don’t consider myself “retired.” Perhaps from SEO, but not from working in general. I am definitely on a hiatus at the moment, and as of last week I finished up any lingering client work. So now I have to figure out what to do with myself. It’s definitely weird to not have any work hanging over my head. But my days have been busy with yoga, cooking, walking, hiking, running, reading and meditating for awhile now anyway. I just no longer can use them as a procrastination technique from doing my “real work” anymore. It’s kind of funny as I used to lie in bed in the morning with my iPad checking Facebook and stuff, and basically not wanting to get up and start working. Now I still lie in bed doing the same things, but I don’t have to get up if I don’t want to. Interestingly enough, most mornings since my announcement, I’ve been up much sooner than I used to be. (Although it’s usually my stomach wanting breakfast that dictates when I get up!)

As far as what’s next, it was my “inner self” that told me it was time to move on from SEO. So now I’m just waiting for it to let me know where I go from here. I’ll definitely be writing via my new blog What Did You Do With Jill. I am looking forward to writing on topics that don’t involve SEO, as I feel I’ve written all that can be written on that topic. Because of that I had almost lost my desire to write at all. But I feel that my persuasive writing skills and ability to boil tricky stuff down to its essence will come in handy for other topics as well. Based on the comments and emails I’ve received since my announcement, I hope I will continue to be an inspiration for people in one way or another. Along with writing, I’d also like to continue doing public speaking in some form. I have no timeframe in mind for figuring this all out, however. And who knows, perhaps my inner guide will lead me to becoming a plumber or a lumberjack or something 😉