I’ve been hearing lots of good things coming out of Chicago after last week’s big Search Engine Strategies show. Of course, one of the most talked about events was the Black Hat, White Hat & The Best Kept Secrets to Search panel that brought the infamous Doug Heil out from the I Help You forums and into the public eye.

The talk continues today over at Search Engine Roundtable where Barry Schwartz picks out an IHY forum thread by Doug where he recounts his experience at SES and tells us that some of our favorite SEO bad boys really aren’t as bad as they want us to think they are.

I actually knew that already.  I’ve met the SEO Angels. 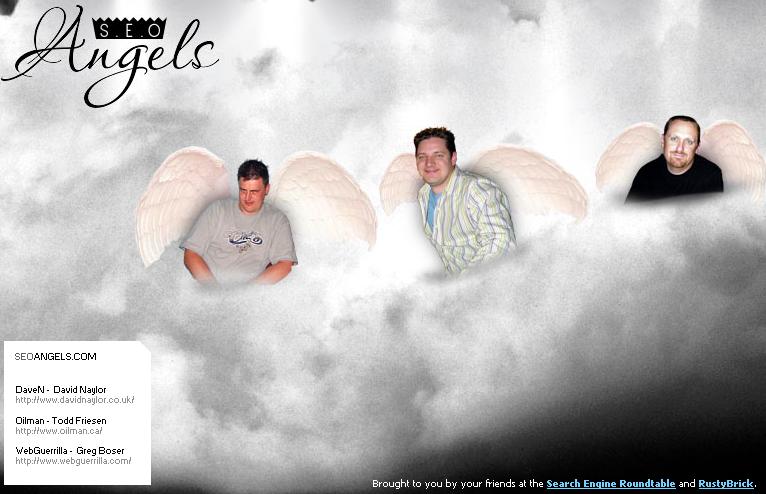 Black hat SEO is sexy. It’s exciting. It’s risky. It’s daring. There’s that whole thrill of the chase thing. If black hat SEO was a guy, high school girls everywhere would be throwing themselves at it and making out with its wall posters.

But here’s the thing — black hat SEO is also incredibly stupid to use on a paying client.

The panels on link buying and black hat techniques are always among the most attended at shows. People like hearing about the war stories and the fables and the heroes.   The truth is, though, 90 percent of what you’re hearing would never be performed on paying clients.  The big name SEOs aren’t that stupid. You’re hearing about tactics that SEOs are trying on their own sites (or thrill-seeking clients who have sign off on it) to test the system. They want to see how far to the left the line is before they get burned. They’re trying to assess the risk involved to decide if they can try this for real. And that’s great. It’s necessary. But that’s the part that often fails to get mentioned at shows —  the “Don’t Try This At Home”  or “This Will Get You Banned” clause.

As Doug knows, Dave Naylor is not as dark as he’d like you to think. Todd Friesen has been a reformed black hat for years. And that Greg Boser guy who once terrified me as an SEO newbie is actually as gentle as a kitty cat (though he has mad skillz and can burn personal sites with the best of €˜em).

We Build Pages used to dance on the dark side. We sold links and made a killing. But the engines are smarter now.  You can’t hold on to big clients if you’re burning sites. No one is going to pay you to get them banned; they’re paying you to get them results.

People often say that SEO hats is about managing risk and I very much believe that.  If we kept with our old model and continued to put clients at risk, one of these days we’d find ourselves out of business and homeless in historic Troy. We chose not to let it get to that point (I like my apartment) and other black hats have done the same. They had to. Black hat SEO is not employable.  It may have been in the past, but it’s not now.

If you’re [insert major brand name here] who are you going to hire: The SEO company that’s going to keep you safe and ranking, or the SEO company who’s going to use your site to ‘experiment’, even if that means getting you banned?