Social Media Links On The Brink Of Extinction?

I think I’m missing something€¦

Right before the New Year, Michael Gray asked if social media links were on death row, citing Google’s SEO guide (pdf) which includes a line about not “involving your site in schemes where your content is artificially promoted to the top of these services.” He comments that Google was once all about social media sites like Digg and didn’t realize that people would sell their first born for votes. Now that they are, they’re tweaking their stance.  Is a “report social media spam” call-to-action about to be added to the Google Guidelines?

If there is, it’s your fault. You helped put it there.

When I first read Michael’s post, I rolled my eyes and moved on. Seriously. What the heck did you think was going to happen once social media manipulation became commonplace? 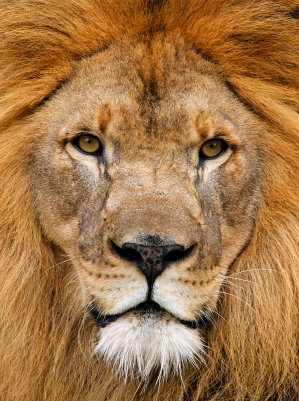 The circle of life here in SEO looks something like this:

If Google felt the need to add a disclaimer to its Guidelines about not “artificially” promoting your stories, we did that. We need a time out.  Not Google.

Have you been present the past two years? We have search marketers creating fake avatars. Speakers on panels giving the audience tips for how to “beat” social media and manipulate it for their own gain. We have incestuous, circle-jerk voting armies. We have marketers paying kids in electronics to Digg stories. People creating dummy accounts to push worthless content.

What did you think Google was going to do? What else can they do?

I don’t even understand why this got attention. It’s like paid links all over again. Google was in favor of social media because they thought it was a natural way for the good stuff to rise to the top and that the bad stuff would fall away. It was our new toy. Then Google realized we were popping the head off and choking on it. Damn straight they’re going to put a warning label on it.

And that’s all they’ve really done. Social media is still listed as a recommended tactic. They’re just asking you to not be a jerk about it.

Once upon a time, social media meant something. Getting a story to go hot meant that the community read the story and voted it to be there.  It doesn’t necessarily mean that today. Today social media is about profit. It’s gamed. It’s where marketers went when they realized they couldn’t buy links anymore.

You want to do yourself a favor?

Stay away from the quick fixes. The paid links, the gaming social media attempts, and anything else that you know in your gut isn’t smart to be doing for a client or yourself.  If you don’t manipulate the system and you use techniques they way they were designed to be used €“ you should be okay.

And if Google does create a €˜report social media spam’ section in its Guidelines. Do everyone a favor and don’t use it. It’s not cool to rat out your own. Even if they maybe deserve it.