I know. I twittered that I wasn’t going to read any posts with 2008 or 2009 in the title because I think they’re silly and clichÃ© and unoriginal€¦but that was before my brain started swirling with all the things I’ve learned this year.

I’m ending my third year in search (which, in itself, is crazy to me).  I’ve blogged a lot this year and been lucky enough to sometimes bring you with me. Together we’ve overcome Google’s mood swings, Yahoo’s failed attempts to suck less and Microsoft’s€¦Microsoftness.  We’ve shared rants on ethics in SEO, ethics in social media, and talked on end about those damn fake avatars.  And through it all, I’ve learned some pretty big lessons. 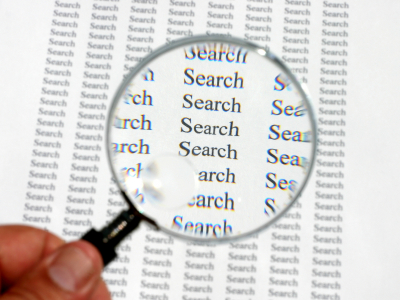 Google Is Flawed, Imperfect and with Bias (like all of us)

There’s a point when you’re a kid when you look up and realize that your parents aren’t superheroes. That they screw up. That they make bad decisions. And that they totally lied to you about that Santa Claus thing.  There’s also a point in your SEO career when you realize the same thing about Google.  Welcome to 2008.

For the first time, I could feel myself getting angry at Google. Don’t get me wrong, I still love them.  I owe them my life for Gdocs (no, I do. You don’t even know), but I want to kick them sometimes. Like when the does Google filter results Google Groups thread broke out and JohnMu came in to close it down saying that he has never seen Google hand edit anything (adding the disclaimer that just because he hasn’t seen it doesn’t mean it hasn’t happened). Oh, c’mon. Who are we kidding?

I don’t think Google is evil or bad, but I absolutely know they hand edit results when it suits them. I don’t think they cave to big corporations, but I do think they consider “all angles” when they make decisions. They showed with Twittergate this year that they know how to throw their weight around and spread the FUD. I don’t think it’s their preferred way of doing things. I don’t think they want to. But there’s no doubt in my mind that they can and will manipulate/edit/”fix” anything they choose.  And it’s their index so, really, they get that right. But can they just own up to it? I just want to be able to trust the results I’m seeing when I do a search.  And when I can’t, I want Google to acknowledge that maybe I’m not so crazy after all.

Good People Can Disagree (and both be right€¦and wrong)

I’m getting stronger in my search convictions.  I’ve drawn more lines in the sand in 2008 than ever before. There was that whole SMX Advanced was too black hat thing, the fake avatar thing, the Ask is dead to me thing, the Jerry Yang is a flippin’ moron thing and probably lots of other things that I’ve suppressed.  I know that not everyone thinks like I do. And when we have those disagreements and go to head-to-head, sometimes I’m the one who’s wrong. And sometimes we’re both wrong. And every once in awhile, we’re both somehow right.

This year, Danny Sullivan taught me a lot about being responsible with my words and he did it in the best possible way €“ with his own. He’s reminded me that people are listening. He’s helped me to understand that I’m not always being fair when I throw out a quick comment in the heat of the moment and that sometimes I can use Twitter as a weapon. I have an enormous amount of respect for Danny and I take what he tells me to heart, especially when he’s right.  Responsibility will be one of my biggest lessons from 2008.

Speaking of taking responsibility, Marty Weintraub and I spent a good chunk of this year throwing things at one another. We have completely different opinions on what is right and wrong in social media (or so I thought. Turns out we may be closer in viewpoint than I realized.).  We’re both passionate about it. We’re both willing to fight it out and to stand up and €˜protect’ the people we think we represent. And sometimes in doing that this year, we both acted like jerks (we can admit that now, right, Marty?).  These days, Marty and I are friends. Hell, we’re buddies. We realize that even though we may disagree, neither one of us is evil. We’re simply passionate. Sometimes dumb and passionate, but passionate.  And really, how can you stay mad at Marty? Behind that fake avatar, he’s one of the nicest guys in search! I’m an emo baby who cries emo baby tears. I need to stop taking things personally, to reach out quicker and stop thinking that the world hates me just because they didn’t Sphinn my article/put me name on that list/tell me I’m pretty. €˜Nuff said.

I know there are tons of wonderful benefits to social media. I know that I should love it and dream up visions of unicorns and bunnies and knee socks when I think about it€¦.but I don’t. I’m still not comfortable with the effect social media has had on Web content and I don’t like what it’s been doing to good people in our industry.

The lesson this year has to be to surround myself with solid people. People that will keep me in check when I have a hard time making it through doors or when I’m feeling like someone kicked my puppy. Folks who know more and buy into less. You people know who you are and you’re priceless.

Change is Scary (but Good!)

I’ve learned to embrace not be so afraid of change.

At We Build Pages, we’ve been making some incredibly large changes this year.  Most notably, we stopped buying links and started transitioning into a full-scale Internet marketing company. And for awhile, that was kind of terrifying. It’s hard to leave a model that has been ridiculously successful and go a new way, even if we know that the “new way” is the “right way”. But we did it. And I think we’re better for it. We’re a better company. We’re a stronger company. We’re more dedicated to one another because we’ve all rolled our sleeves up to make things happen.  It feels good to be good. It feels better to work with good people.

On a personal note, this has been a huge year of change for me.  After spending more than two incredible years at Bruce Clay, I realized I couldn’t fight my heart any longer and my heart longed for the East Coast. So I moved back and took a job working with Jim Boykin and some of the coolest people I’ve had the privilege to meet. Since I’ve been here, it’s been a whirlwind. Everything that could have happened has happened €“ kitty near death experiences, weird grownup holidays, apartment mishaps, heart aches, etc €“ and is still happening. But I’m happy here.  It’s not easy to leave people you love, but my spirit needed the change and I’m glad that I did it.  Which is good. Because I’ll be paying off the moving costs for another couple of months.  🙂

Those were my big lessons of 2008. I thank you guys for coming along with me, for teaching me, and most of all, for putting up with me.

[And yes, I realize that this post isn’t innovative, but it’s snowy and billowy outside in historic Troy, NY. Days like that lend themselves to being introspective.]